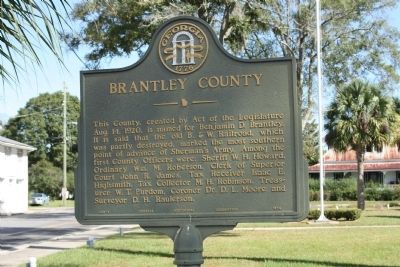 Topics and series. This historical marker is listed in this topic list: Political Subdivisions. In addition, it is included in the Georgia Historical Society series list. A significant historical date for this entry is August 14, 1920.

Other nearby markers. At least 1 other marker is within 6 miles of this 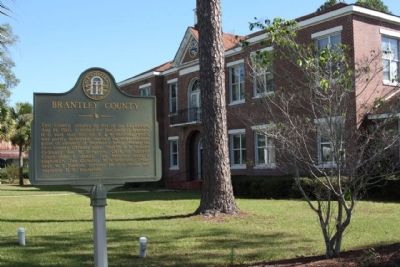 Click or scan to see
this page online
marker, measured as the crow flies. Trail Ridge (approx. 5.9 miles away).

Additional commentary.
1. B & W Railroad
The Brunswick & Albany was organized in 1869 to take over the operation of the defunct Brunswick and Florida Railroad, which did not survive the Civil War. Poors 1869-70 Manual reported that the road “at the present time is in the condition as after dismantlement in 1863.” In that year the Confederate government had seized the line so that its rails could be taken up for reuse on more militarily important roads.

Early in 1869 the Georgia General Assembly approved aid for the rebuilding of the line. By May of that year the tracks were open from Brunswick to the Atlantic & Gulf Railroad at Tebeauville (now Waycross). Trains did not reach Albany, however, until October of 1871.

The old branch line between Schlatterville and Glenmore (a part of the original main line) had become unnecessary and was abandoned.

In 1872 the General Assembly nullified a bond issue for the railroad. It entered receivership that year and was sold under foreclosure the following year. In 1882 it was once again reorganized, emerging 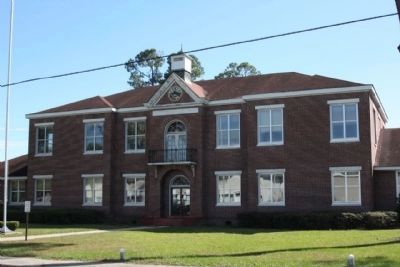 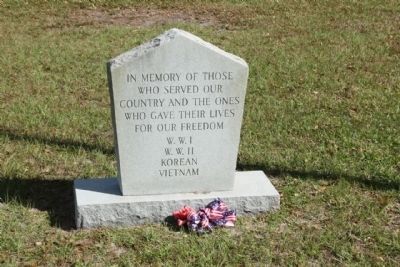 By Mike Stroud, November 1, 2009
4. Brantley County Veterans Memorial
In Memory of Those Who Served Our Country and the Ones Who Gave Their Lives For Our Freedom
W.W. I, W.W. II, Korean, Vietnam 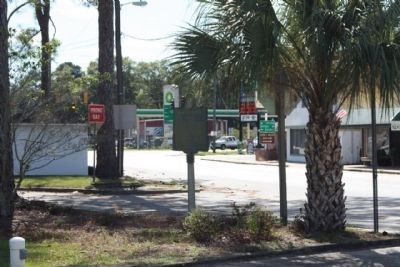