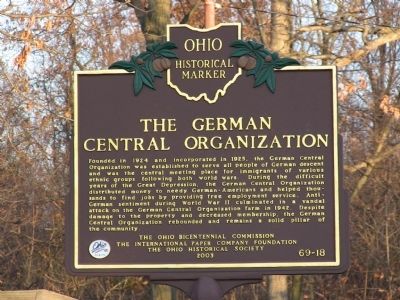 Erected 2003 by the Ohio Bicentennial Commission and the Ohio Historical Society. (Marker Number 69-18.) 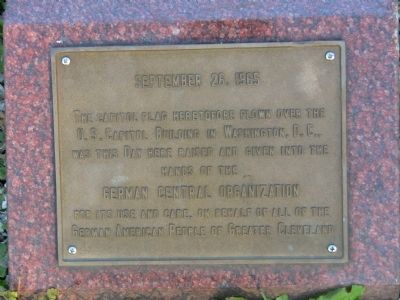 Photographed By Lora Szloh, November 8, 2009
2. September 26, 1965
The capitol flag heretofore flown over the U.S. Capitol building in Washington, D.C. was this day here raised over and given into the hands of this German Central Organization for it's use and care, on behalf of all of the German American People of greater Cleveland.

Location. 41° 21.175′ N, 81° 45.322′ W. Marker is in Parma, Ohio, in Cuyahoga County. Marker can be reached from the intersection of York Road and Barron Drive. In the parking lot of the German Central Organization. Touch for map. Marker is at or near this postal address: 7863 York Rd, Cleveland OH 44130, United States of America. Touch for directions.

More about this marker. You can't see it from the street. There is a really long driveway and through a parking lot. There are entrance gates and just through them is the marker on a central island. 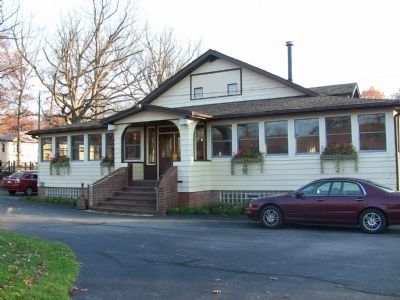 Photographed By Lora Szloh, November 8, 2009
3. One of the buildings just to the right of marker.
There are several buildings, but if you're coming for a fish fry, the basement of this one has the long line leading all the way down the driveway.
for dinners and banquets like weddings so one should show courtesy and not walk on grass and use paths provided to see marker and additional memorial garden. 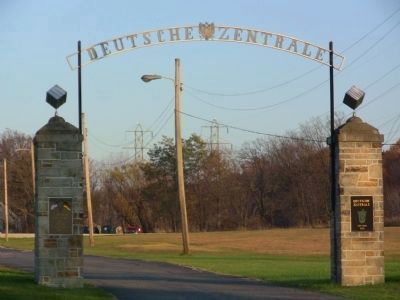 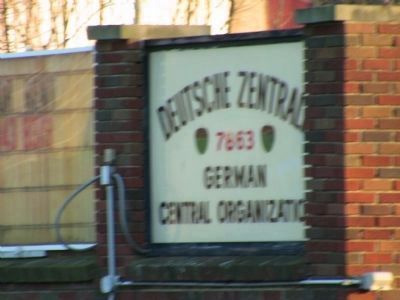 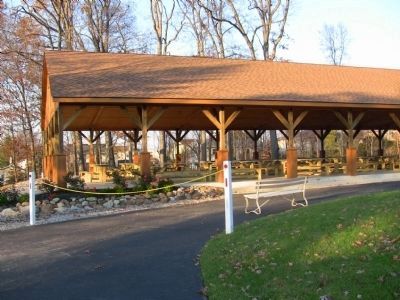 Editor’s want-list for this marker. Wide area picture of the marker and its surroundings. • Can you help?
Share this page.