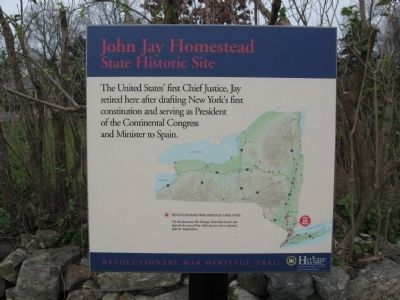 Location. 41° 15.042′ N, 73° 39.56′ W. Marker is in Katonah, New York, in Westchester County. Marker can be reached from Jay Street (New York State Route 22) 0.1 miles from Beaver Dam Road, on the left when traveling south. Located on the grounds of the John Jay Homestead. Touch for map. Marker is in this post office area: Katonah NY 10536, United States of America. Touch for directions. 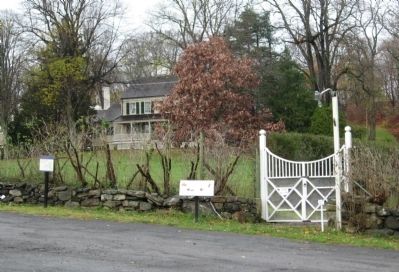 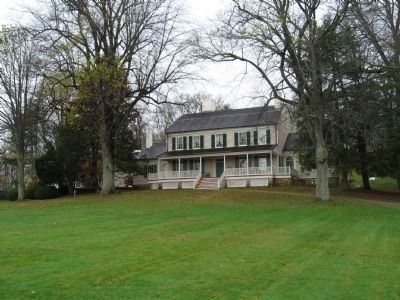 By Michael Herrick, November 14, 2009
3. The Main House at the John Jay Homestead 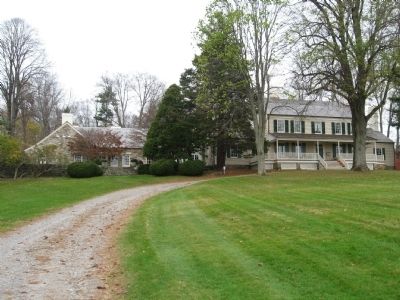 By Michael Herrick, November 10, 2009
4. The Main House at the John Jay Homestead By Michael Herrick, November 10, 2009
5. The Main House at the John Jay Homestead 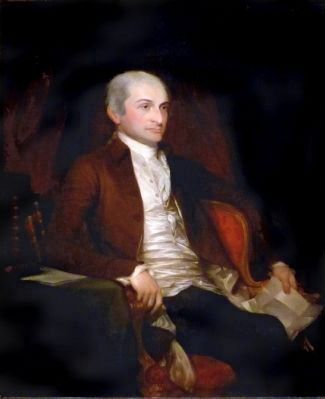 By Allen C. Browne, January 18, 2014
6. John Jay
This portrait of John Jay by Gilbert Stuart and John Trumbull hangs in the National Portrait Gallery in Washington, DC. It was begun in 1784 and completed in 1818.

“President George Washington chose John Jay to be the first chief justice of the United States. Jay had played an important part in negotiating the treaty bringing the Revolution to a close, and was the postwar secretary of foreign affairs. An advocate for a stronger national government, Jay had helped persuade New Yorkers to ratify the Constitution, contributing five newspaper essays to the series that became known as the Federalist Papers. In 1794, when war with England threatened, Washington sent Chief justice jay to London to defuse the crisis. The treaty that Jay negotiated, which Jeffersonian Republicans seized upon as a repudiation of America's wartime alliance with France and a return to English dominance, set off the cry of ‘Damn John Jay.’ Nonetheless, the controversial Jay Treaty avoided a war that the young republic was ill-equipped to wage.” — National Portrait Gallery.
Credits. This page was last revised on November 28, 2019. It was originally submitted on November 21, 2009, by Michael Herrick of Southbury, Connecticut. This page has been viewed 949 times since then and 16 times this year. Photos:   1, 2, 3, 4, 5. submitted on November 21, 2009, by Michael Herrick of Southbury, Connecticut.   6. submitted on June 16, 2015, by Allen C. Browne of Silver Spring, Maryland. • Syd Whittle was the editor who published this page.
Share This Page.