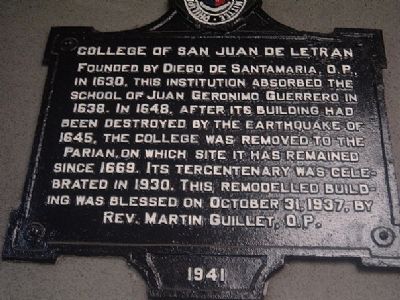 Founded by Diego de Santa Maria, O.P., in 1630. This institution absorbed the school of Juan Geronimo Guerrero in 1638. In 1648, after its building had been detroyed by the earthquake of 1645. The College was removed to the Parian, on which site it has remained since 1669. Its Tercentenary was celebrated in 1930. This remodeled building was blessed on October 31, 1937, by Rev. Martin Guillet, O.P. 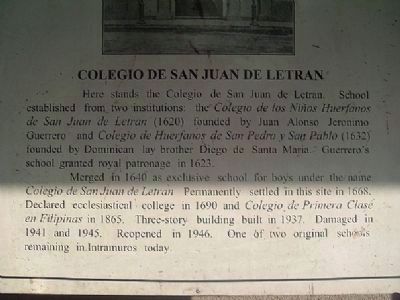 Topics. This historical marker is listed in this topic list: Education. A significant historical month for this entry is October 1712. 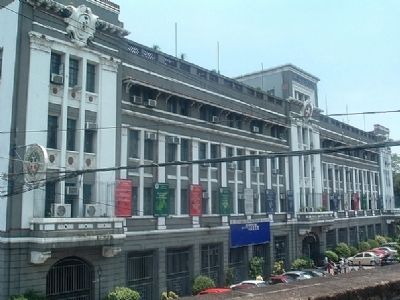 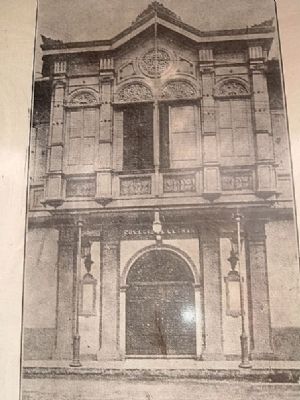