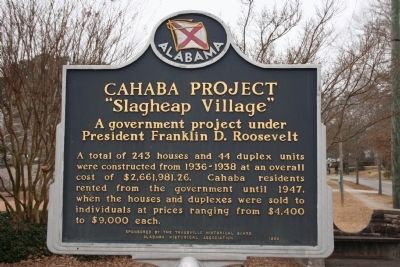 Photographed By Tim Carr, January 4, 2010
1. Cahaba Project Marker
Inscription.
Cahaba Project. "Slagheap Village". A total of 243 houses and 44 duplex units were constructed from 1936 - 1938 at an overall cost of $2,661,981.26. Cahaba residents rented from the government until 1947, when the houses and duplexes were sold to individuals at prices ranging from $4,400 to $9,000 each. . This historical marker was erected in 1999 by Alabama Historical Association / Trussville Historical Board. It is in Trussville in Jefferson County Alabama

Topics and series. This historical marker is listed in this topic list: Settlements & Settlers. In addition, it is included in the Former U.S. Presidents: #32 Franklin D. Roosevelt series list. A significant historical year for this entry is 1936. 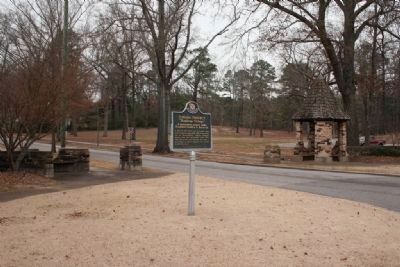 Photographed By Tim Carr, January 4, 2009
2. Cahaba Project Marker & Gazebo
The Gazebo, a Trussville landmark was the original entrance to the Cahaba Project. 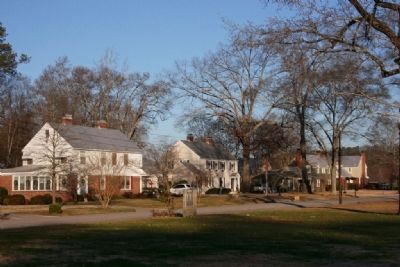 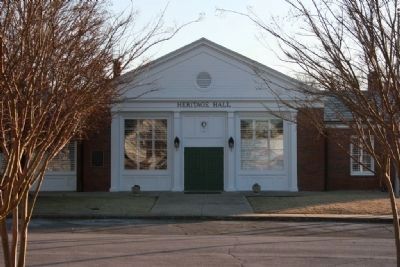