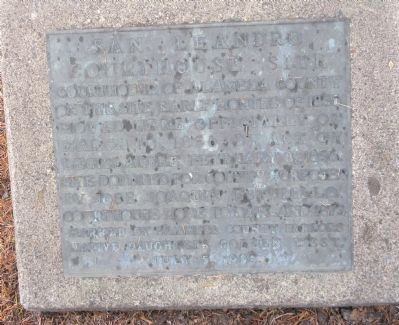 Courthouse of Alameda County on this site early months of 1855. Moved here officially on March 10, 1856 by act of Legislature February 8, 1856. Site donated for county purposes by Jose Joaquin Estudillo. Courthouse move to Oakland 1873.

Topics and series. This historical marker is listed in this topic list: Government & Politics. In addition, it is included in the Native Sons/Daughters of the Golden West series list. 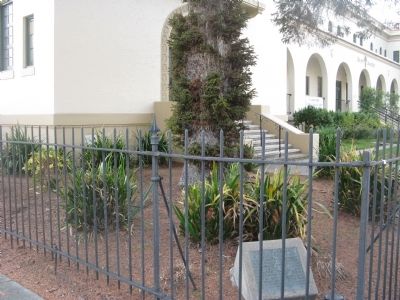 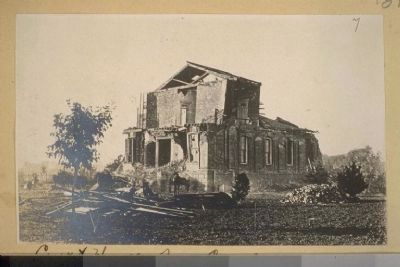