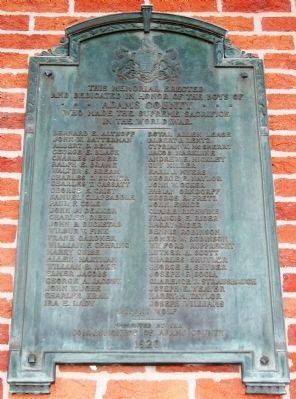 Presented by the Commissioners of Adams County 1920

Erected 1920 by The Commissioners of Adams County 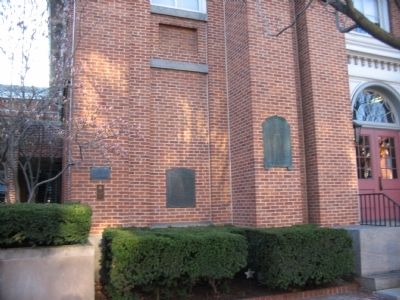 Photographed By Craig Swain
2. Plaques on the Front of the Courthouse
On the southeast face of the courthouse are National Historic Register, Manor of Maske, Grand Army of the Republic, and World War I plaques.

Topics. This historical marker and memorial is listed in this topic list: War, World I. A significant historical year for this entry is 1920.