The Bridges of Vinton County 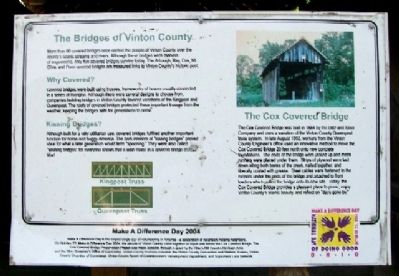 The Cox Covered Bridge was built in 1884 by the Diltz and Steel Company and uses a variation of the Vinton County Queenpost truss system. In late August 1992, workers from the Vinton County Engineer's office used an innovative method to move the Cox Covered Bridge 20 feet north onto new concrete foundations. The ends of the bridge were jacked up and metal runners were placed under them. Strips of plywood were laid down along both banks of the creek, nailed together, and liberally coated with grease. Steel cables were fastened to the runners under the ends of the bridge and attached to front loaders which pulled the bridge onto its new site. Today, the Cox Covered Bridge provides a pleasant place to picnic, enjoy Vinton County's scenic beauty, and reflect on “days gone by.”

The Bridges of Vinton County 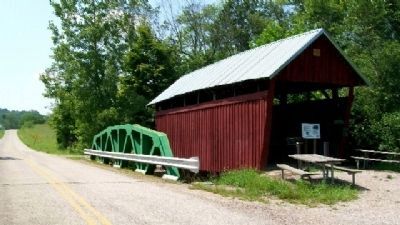 Click or scan to see
this page online
historic past.

Why Covered?
Covered bridges were built using trusses, frameworks of beams usually connected in a series of triangles. Although there were several designs to choose from, companies building bridges in Vinton County favored variations of the Kingpost and Queenpost. The roofs of covered bridges protected these important trusses from the weather, keeping the bridges safe for generations to come.

Kissing Bridges?
Although built for a very utilitarian use, covered bridges fulfilled another important function for horse and buggy America. The dark interiors of “kissing bridges” proved ideal for what a later generation would term “spooning.” They were also called “wishing bridges” for everyone knows that a wish made in a covered bridge comes true! 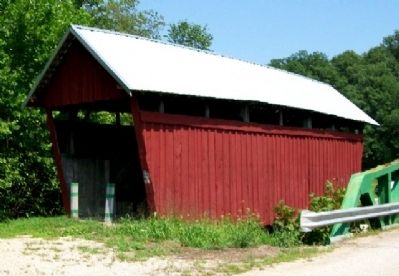 Erected 2004 by Make a Difference Day Ohio and Others.

Topics and series. This historical marker is listed in this topic list: Bridges & Viaducts. In addition, it is included in the Covered Bridges series list. A significant historical month for this entry is October 1832.

Location. 39° 21.948′ N, 82° 27.631′ W. Marker is near Orland, Ohio, in Vinton County. Marker is on Woodgeard Road (County Road 20), on the right when traveling west. Bridge and marker are about 200 feet west of the intersection of Woodgeard Road with Ohio Route 93. Touch for map. Marker is in this post office area: Creola OH 45622, United States of America. Touch for directions. 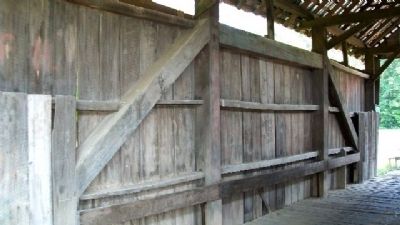 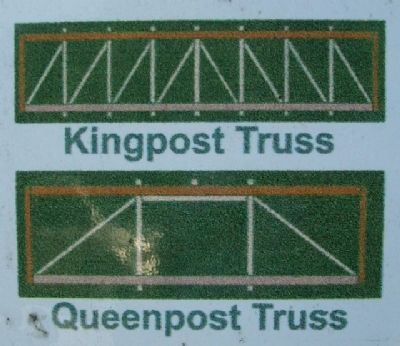 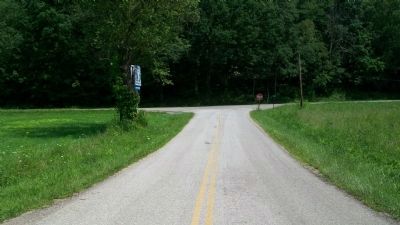