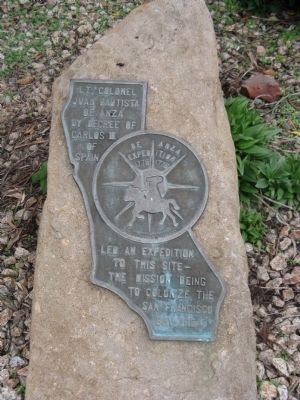 Topics and series. This historical marker is listed in these topic lists: Exploration • Settlements & Settlers. In addition, it is included in the Juan Bautista de Anza National Historic Trail series list. A significant historical year for this entry is 1775.

Location. 37° 32.027′ N, 121° 55.173′ W. Marker is in Fremont, California, in Alameda County. Marker can be reached from Mission Boulevard. Marker is located in the garden at the Mission San José. Touch for map. Marker is at or near this postal address: 43300 Mission Boulevard, Fremont CA 94539, United States of America. Touch for directions. 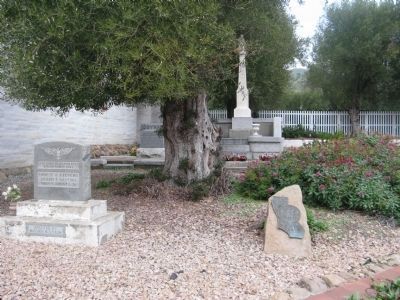 Click or scan to see
this page online
(within shouting distance of this marker); Vallejo Homesite (about 300 feet away, measured in a direct line); Washington Hotel (about 400 feet away); Ehrman General Store (about 500 feet away); Leland Stanford Winery (approx. 2.1 miles away); Mormon Pioneers / Mormon Pioneer Adobes (approx. 3.3 miles away). Touch for a list and map of all markers in Fremont.

Also see . . .
1. A KTEH TV Production of the DeAnza Trail on YouTube. In this video one learns the history and purpose of the De Anza Expedition, the heritage of descendants of expedition members, and current sites along the trail. (Submitted on January 20, 2010.)