Halfway to the North Pole 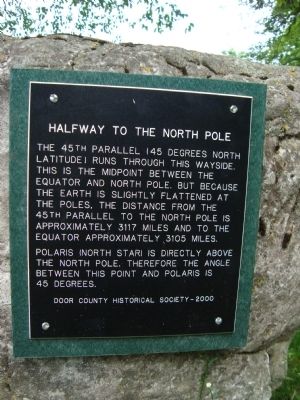 Polaris (North Star) is directly above the North Pole. Therefore the angle between this point and Polaris is 45 degrees.

Location. 44° 59.851′ N, 87° 18.931′ W. Marker is near Egg Harbor, Wisconsin, in Door County. Marker can be reached from Egg Harbor Road (State Highway 42) north of Wayside Road, on the right when traveling south. Marker is at a wayside. Touch for map. Marker is in this post office area: Egg Harbor WI 54209, United States of America. Touch for directions.

Other nearby markers. At least 8 other markers are within 8 miles of this marker, measured as the crow flies. Zion Evangelical Lutheran Church (approx. 3½ miles away); Egg Harbor 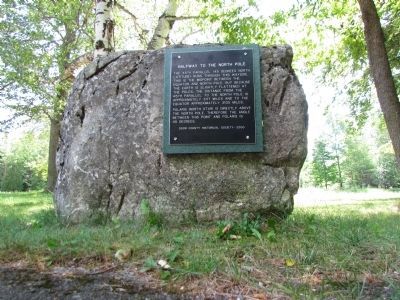 2. "Halfway to the North Pole" Markers. Jacksonport plaque, and the replacement plaque for Egg Harbor. (Submitted on January 21, 2010.) 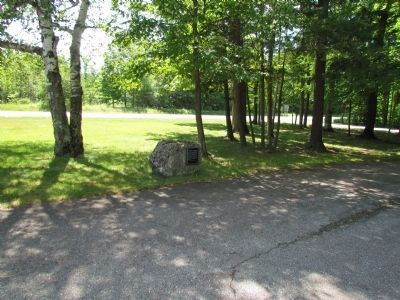