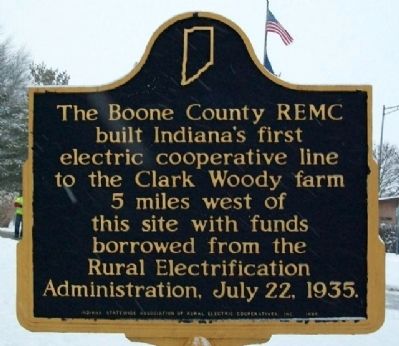 Topics and series. This historical marker is listed in these topic lists: Charity & Public Work • Industry & Commerce. In addition, it is included in the Indiana Historical Bureau Markers series list.

Location. 40° 9.471′ N, 86° 32.296′ W. Marker is near Mechanicsburg, Indiana, in Boone County. Marker is at the northbound I-65 Lebanon Rest Area (near milepost 150) just south of the Clinton County-Boone County line, about 100 feet east of the convenience station. Touch for map. Marker is in this post office area: Lebanon IN 46052, United States of America. Touch for directions.

Other nearby markers. At least 8 other markers are within 9 miles of this marker, measured as the crow flies. Indian Cemetery (approx. 3.6 miles away); Boone County Veterans Memorial (approx. 7.8 miles away); 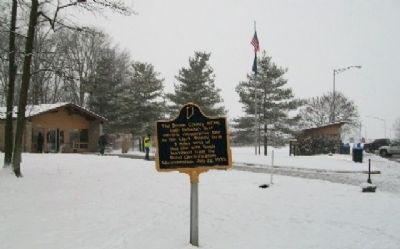