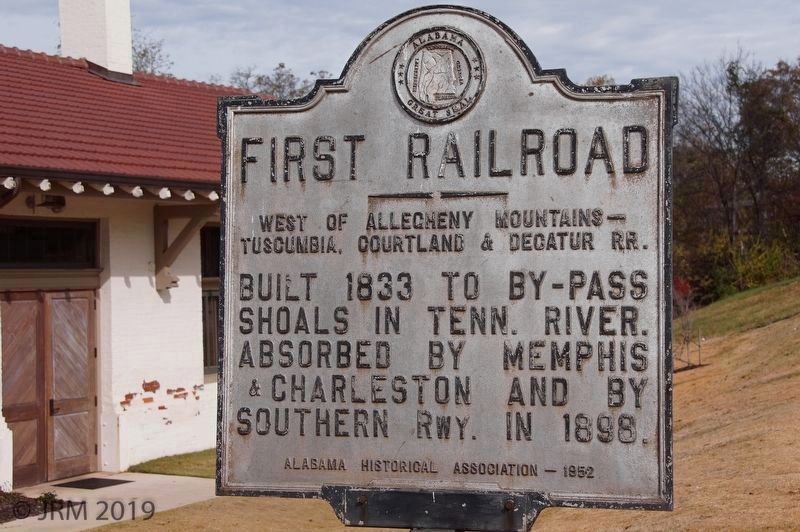 Photographed By Lugnuts, November 25, 2018
1. First Railroad Marker
Inscription.
First Railroad. West of Allegheny Mountains - Tuscumbia, Courtland and Decatur RR.. Built 1833 to by-pass shoals in Tenn. River. Absorbed by Memphis and Charleston And by Southern Rwy. in 1898. . This historical marker was erected in 1952 by Alabama Historical Association. It is in Decatur in Morgan County Alabama

Built 1833 to by-pass shoals in Tenn. River. Absorbed by Memphis & Charleston And by Southern Rwy. in 1898.

Topics. This historical marker is listed in this topic list: Railroads & Streetcars. A significant historical year for this entry is 1833.

Location. 34° 36.809′ N, 86° 59.178′ W. Marker is in Decatur, Alabama, in Morgan County. Marker is on Railroad Street Northwest east of Vine Street, on the left when traveling east. It is at the old Southern Railway Depot. Touch for map. Marker is at or near this postal address: 701 Railroad St NW, Decatur AL 35601, United States of America. Touch for directions.

Other nearby markers. At least 8 other markers are within walking distance of this marker. Old Decatur Historic District / Historic Depot (here, next to this marker); “An Affair Most Important to Us” - The Federal Right, October 27-28, 1864 (within shouting distance of this marker); African American Heritage in Old Town Decatur, Alabama (about 300 feet away, measured in a direct line); Old Town Historic District (about 400 feet away); Votes for Women (about 400 feet away); “A Hard Nut To Crack” - Federal Defenses at Decatur 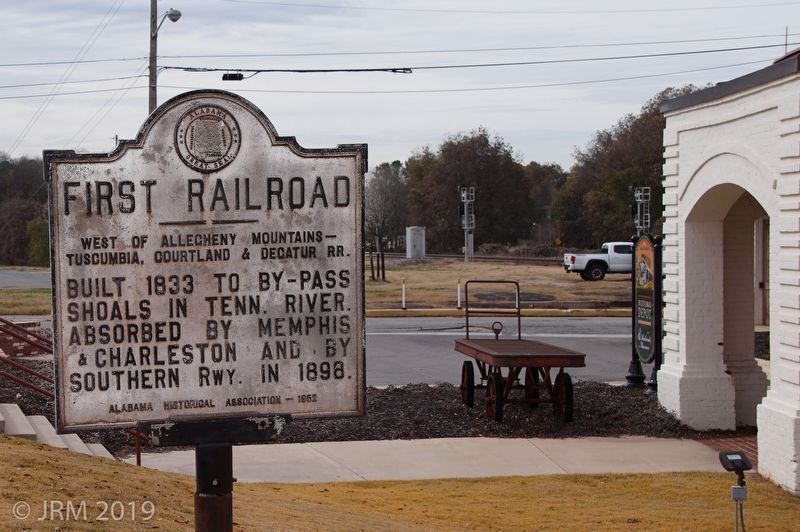 Photographed By Lugnuts, November 25, 2018
3. First Railroad Marker
The marker has been relocated to the historic Southern Railway Depot, closer to the rail line it describes. The depot served Amtrak until 1979 when passenger service ended in northern Alabama. The building was restored and now serves as a museum and police station. The marker can be seen just in front of the patrol car. 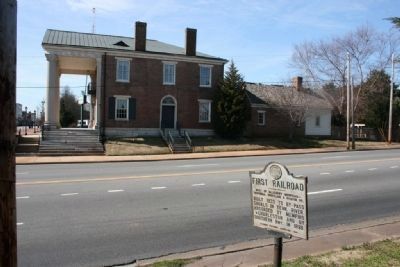 Photographed By Tim Carr, February 20, 2010
4. First Railroad Marker at its previous location
It is shown here across from the Old State Bank Building on Wilson Street NE (Alt U.S. 72). 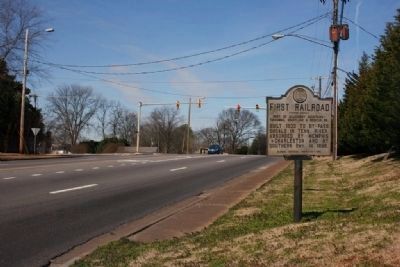 Photographed By Tim Carr, February 20, 2010
5. The railroad crosses under the road at the traffic light.
This photo shows the marker at its previous location on Wilson Street NE (Alt U.S. 72) and Harborview Drive. 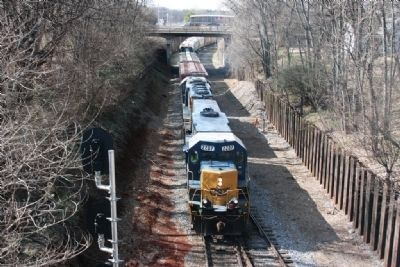 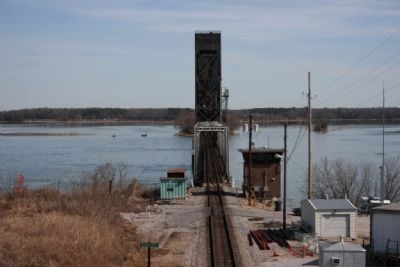