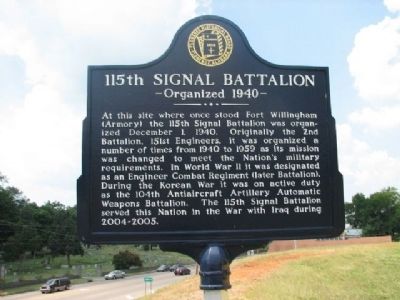 At this site where once stood Fort Willingham (Armory) the 115th Signal Battalion was organized December 1, 1940. Originally the 2nd Battalion, 151st Engineers, it was organized a number of times from 1940 to 1959 as its mission was changed to meet the Nation's military requirements. In World War II it was designated as an Engineer Combat Requirement (later Battalion). During the Korean War it was on active duty as the 104th Antiaircraft Artillery Automatic Weapons Battalion. The 115th Signal Battalion served this Nation in War with Iraq during 2004-2005. 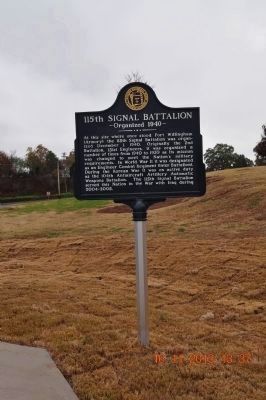 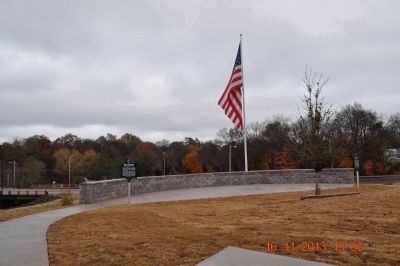