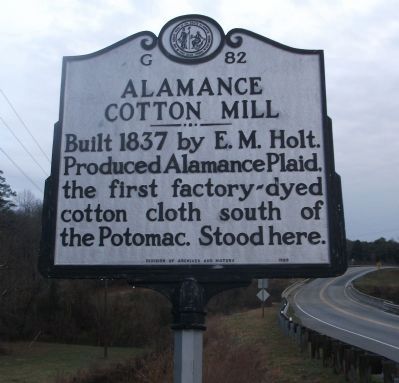 Erected 1989 by Division of Archives and History. (Marker Number G-82.)

Topics and series. This historical marker is listed in this topic list: Industry & Commerce. In addition, it is included in the North Carolina Division of Archives and History series list. A significant historical year for this entry is 1837. 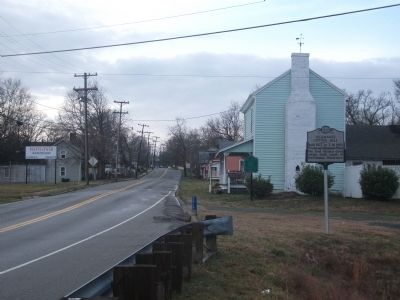 Photographed By Paul Jordan, March 14, 2010
2. Alamance Cotton Mill Marker
just across the bridge at the village of Alamance

More about this marker. Continue South on Highway 62, to find the Alamance County Historical Museum, a National Register Historic Site. The home was the birthplace of Edwin Michael Holt.

In 1926, John Schoffner and other investors purchased the mill and village of Alamance. The mill was used for hosiery finishing until 1947, when the name of the business was changed to Standard Hosiery and relocated.

Alamance Plaids were the first colored fabric manufactured in the American South. The only color used for many years was indigo blue.

Also see . . .
1. Alamance County Historical Museum. The museum is listed in the National Register of Historic Places. This home built in 1790 was the birthplace of Edwin 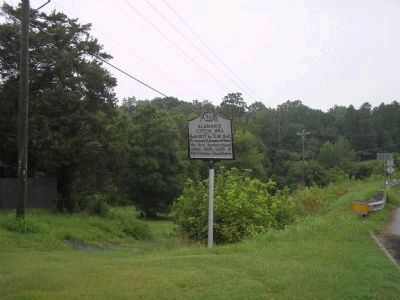 Photographed By Bill Coughlin, July 31, 2010
3. Alamance Cotton Mill Marker
This view of the marker is looking north on Alamance Road.
Michael Holt, a pioneer in the southern textile industry. (Submitted on March 16, 2010, by Paul Jordan of Burlington, N. C., U. S. A..)