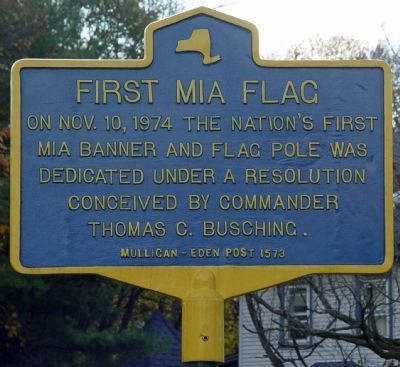 Topics. This historical marker is listed in these topic lists: Military • War, Vietnam. A significant historical date for this entry is October 10, 1974. 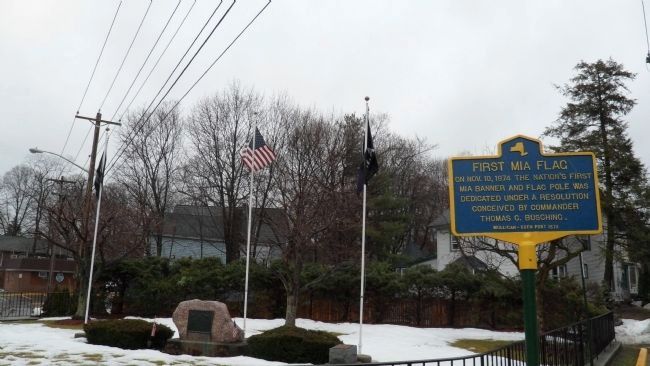 As of December 21, 2018, according to the Defense POW/MIA Accounting Agency, the number of U.S. military and civilian personnel still unaccounted for from the Vietnam War is 1,592.

Then National League of Families of American Prisoners and Missing in Southeast Asia President and POW wife Evelyn Grubb oversaw the development of the now-famous National League of Families' POW/MIA flag in the early 1970s. The flag’s original design by military wife Haydn Anthony, was passed on to an ad agency and slightly modified by employee Newt Heisley, to represent America’s missing men. The original design showed a POW crouched in a cage rather than the head of a POW now shown. Evelyn Grubb was then also a driving force in gaining the flags adoption by the military, the U.S. Postal Service and other federal service agencies. 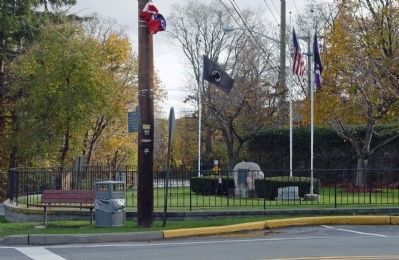 Photographed By Clifton Patrick, November 6, 2009
3. MIA Flag Flies over Memorial Park in Harriman, NY
Eventually the flag became widely popular and adoption of its use began to spread on its own, as the flag became a national symbol of Vietnam war remembrance. The flag, with the now widely recognized “You Are Not Forgotten, POW/MIA” logo is still flown in front of all U.S. post offices, all major U.S. military installations, and most fire stations, police stations, many state level agencies and also most veterans organizations chapters across the United States today, and is almost always present at most local and national veterans events in the United States. The flag is consequently visible to millions of Americans on a daily basis. 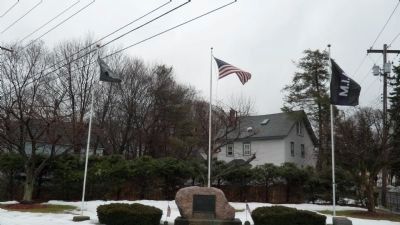 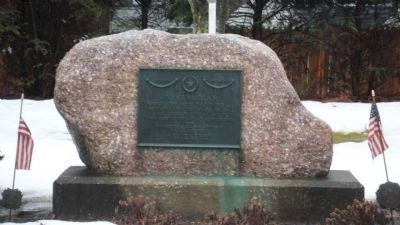 Photographed By Nick Begley, March 13, 2010
5. Close-up of memorial rock
The plaque reads:
In Memoriam
In wars grim hours that tested all
among the first they heard the call
in many lands far flung and wide
they bravely fought and bravely died
Dedicated to all our veterans of all our wars
A grateful village
Harriman, New York 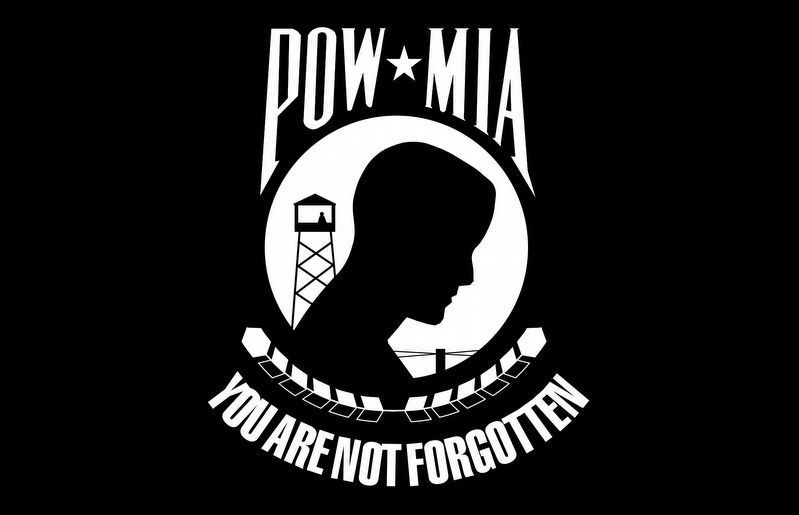