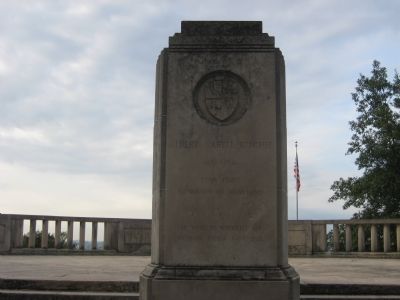 By F. Robby, October 10, 2007
1. Albert Cabell Ritchie Marker
Inscription.
Albert Cabell Ritchie. 1876 – 1936. Four times Governor of Maryland. He who is worthy of honor does not die. . This historical marker is in Annapolis in Anne Arundel County Maryland

Albert Cabell Ritchie. 1876 – 1936. Four times Governor of Maryland. He who is worthy of honor does not die.

Location. 38° 59.91′ N, 76° 28.903′ W. Marker is in Annapolis, Maryland, in Anne Arundel County. Marker can be reached from Ritchie Highway (Maryland Route 450) 0.3 miles from Waveland Farms Road, in the median. Marker/monument is located within overlook plaza that has a small parking lot in the median of Ritchie Highway. Touch for map. Marker is in this post office area: Annapolis MD 21409, United States of America. Touch for directions. 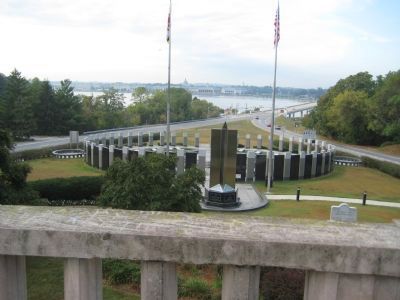 By F. Robby, October 10, 2007
2. View from the Marker
Most of the buildings across the Severn River are within the U.S. Naval Academy. The top of the Maryland State House can be seen between the flag poles, slightly right of center. The Naval Academy bridge on the right takes you into the heart of historic Annapolis.
(approx. 0.3 miles away); Oyster Reef (approx. 0.3 miles away); The United States Naval Academy Bridge (approx. ¾ mile away). Touch for a list and map of all markers in Annapolis. 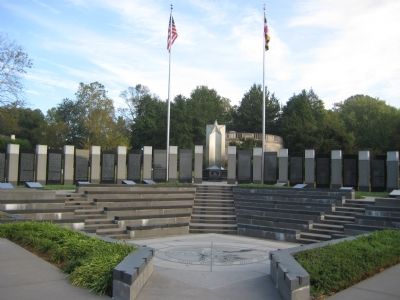