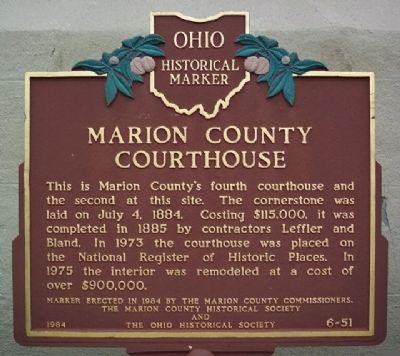 This is Marion County's fourth courthouse and the second at this site. The cornerstone was laid on July 4, 1884. Costing $115,000, it was completed in 1885 by contractors Leffler and Bland. In 1973 the courthouse was placed on the National Register of Historic Places. In 1975 the interior was remodeled at a cost of over $900,000.

Topics and series. This historical marker is listed in these topic lists: Government & Politics • Notable Buildings • Political Subdivisions. In addition, it is included in the Ohio Historical Society / The Ohio History Connection series list. A significant historical month for this entry is July 1879. 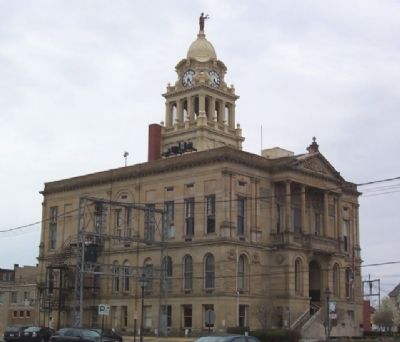 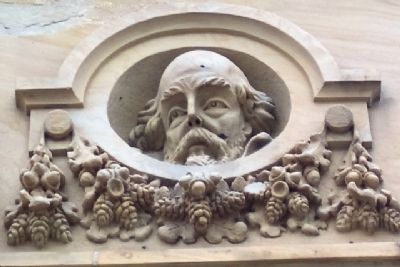 Editor’s want-list for this marker. Distance photo of marker. • Can you help?
Share This Page.