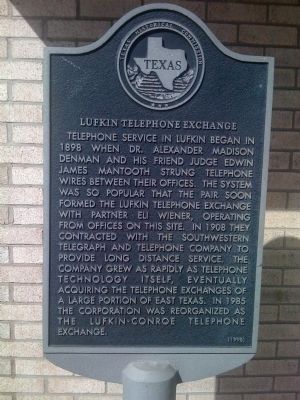 Telephone service in Lufkin began in 1898 when Dr. Alexander Madison Denman and his friend Judge Edwin James Mantooth strung telephone wires between their offices. The system was so popular that the pair soon formed the Lufkin Telephone Exchange with partner Eli Wiener, operating from offices on this site. In 1908 they contracted with the Southwestern Telegraph and Telephone Company to provide long distance service. The company grew as rapidly as telephone technology itself, eventually acquiring the telephone exchanges of a large portion of East Texas. In 1985 the corporation was reorganized as the Lufkin-Conroe Telephone Exchange.

Topics. This historical marker is listed in this topic list: Communications. A significant historical year for this entry is 1898.

Location. 31° 20.415′ N, 94° 43.715′ W. Marker is in Lufkin, Texas, in Angelina County. Marker is at the intersection of Frank Steet and First Street, on the right when traveling west on Frank Steet. Touch for map. Marker is in this post office area: Lufkin TX 75901, United States of America. Touch for directions. 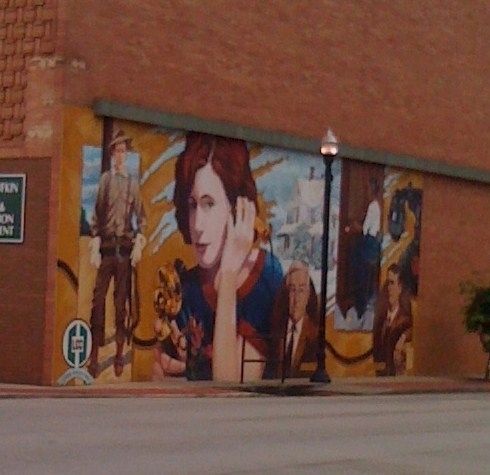