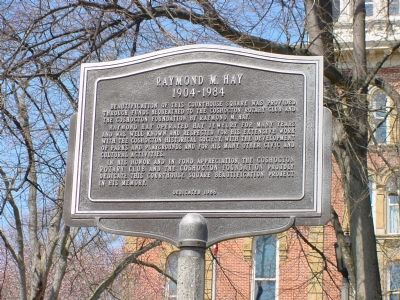 Beautification of this courthouse square was provided through funds bequeathed to the Coshocton Rotary Club and the Coshocton Foundation by Raymond M. Hay.

Raymond Hay operated Hay Jewelry for many years and was well known and respected for his extensive work with the Coshocton Historical Society, with the development of parks and playgrounds and for his many other civic and cultural activities.

In his honor and in fond appreciation the Coshocton Rotary Club and the Coshocton Foundation proudly dedicate this Courthouse Square beautification project in his memory.

Other nearby markers. At least 5 other markers are within walking distance of this marker. William Green (about 400 feet away, measured in a direct 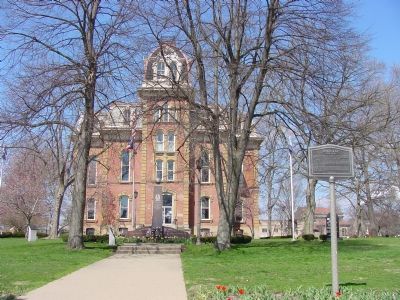