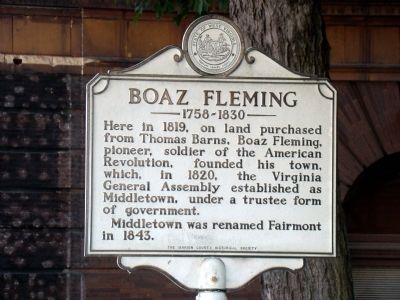 By J. J. Prats, June 23, 2009
1. Boaz Fleming Marker
Inscription.
Boaz Fleming. Here in 1819, on land purchased from Thomas Barns, Boaz Fleming, pioneer, soldier of the American Revolution, founded this town, which, in 1820, the Virginia General Assembly established as Middletown, under a trustee form of Government. . Middletown was renamed Fairmont in 1843. . This historical marker was erected by The Marion County Historical Society. It is in Fairmont in Marion County West Virginia

Here in 1819, on land purchased from Thomas Barns, Boaz Fleming, pioneer, soldier of the American Revolution, founded this town, which, in 1820, the Virginia General Assembly established as Middletown, under a trustee form of Government.

Middletown was renamed Fairmont in 1843.

Topics and series. This historical marker is listed in this topic list: Settlements & Settlers. In addition, it is included in the West Virginia Archives and History series list. A significant historical year for this entry is 1819.

Location. 39° 29.082′ N, 80° 8.604′ W. Marker is in Fairmont, West Virginia, in Marion County. Marker is on Adams Street east of Monroe Street, on the left when traveling north. It is to the left of the Marion County courthouse. Touch for map. Marker is in this post office area: Fairmont WV 26554, United States of America. Touch for directions. 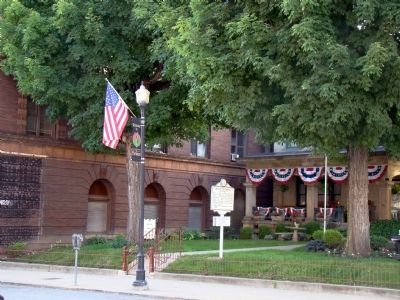 Also see . . .  Marion County History. “Oral history indicates that in 1808 Boaz Fleming made his annual trek to Clarksburg to pay his brother’s Harrison County taxes. While in Clarksburg he attended a social gathering that included Dolly Madison, his cousin. He complained to her about having to travel over a hundred miles each year from his home to pay his Monongalia County taxes and his brother’s Harrison County taxes. Dolly Madison supposedly suggested that he create his own county to save him all that travel. Six years later, Boaz Fleming circulated a petition to do precisely that, naming the proposed county Madison County, in honor of Dolly and President James Madison. The petition failed to gain sufficient support to be presented to the Virginia General Assembly. He then focused on creating a town 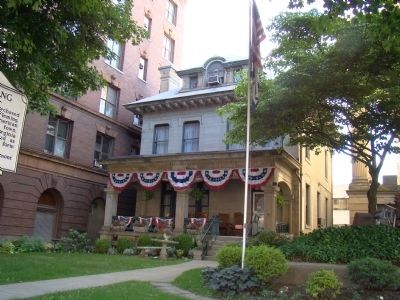 By J. J. Prats, June 23, 2009
3. Marion County Historical Society Museum
This was the former home of county sheriffs, built around 1912. It opened on Labor Day, 1986 and features furnishing and artifacts of several historical periods. The emphasis is on West Virginia’s history and contribution to our nation.
near his farm. In 1819, a road was built from Clarksburg to Morgantown. His farm was about halfway between the two, making a good resting point. He laid out the town on the west side of the Monongahela River in 1819. It was incorporated on January 19, 1820 as Middletown. It is unknown if the town was called Middletown because of its location mid-way between Clarksburg and Morgantown or because Boaz Fleming’s first wife, Elizabeth Hutchinson, was originally from Middletown, Delaware.” (Submitted on August 5, 2009.)

Additional commentary.
1. Boaz Fleming
Thank you for this wonderful site. We have a photograph of Clarissa Fleming, the daughter of Boaz, who was 1 year old when he arrived in this region. Of course she is an elderly lady in the photograph. Also, he brought a sapling pear tree with him. We have a cane made from a limb of the pear tree.
Both can be found at the Museum.
Dora Kay Grubb, President