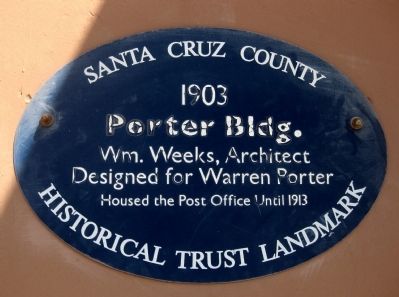 Topics and series. This historical marker is listed in this topic list: Notable Buildings. In addition, it is included in the Postal Mail and Philately series list. A significant historical year for this entry is 1903.

Location. 36° 54.544′ N, 121° 45.332′ W. Marker is in Watsonville, California, in Santa Cruz County. Marker is on Main Street near Maple Avenue, on the right when traveling north. Touch for map. Marker is at or near this postal address: 280 Main Street, Watsonville CA 95076, United States of America. Touch for directions. 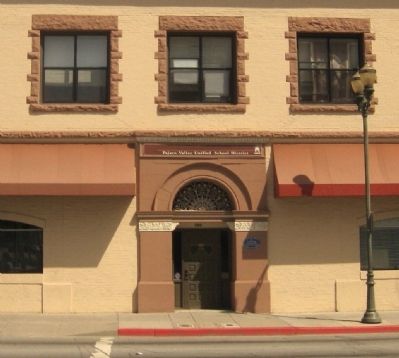 Photographed By Andrew Ruppenstein, March 23, 2010
2. Porter Building Entrance - the Marker is just to the right of the entrance.

• The Porter Building's architect, William H. Weeks, designed a number of well-known civic buildings in Northern and Central California, including more than 20 Carnegie libraries and more than 20 schools, as well as a number of banks, lodges, factories, and private homes. Examples of his work that can be found in the HMdb database include the Woodland Opera House, the Carnegie City Library in the city of San Luis Obispo, and the Carnegie Library in Livermore.

• Warren Porter was a local businessman, as well as Lieutenant Governor of California (1907-1911). 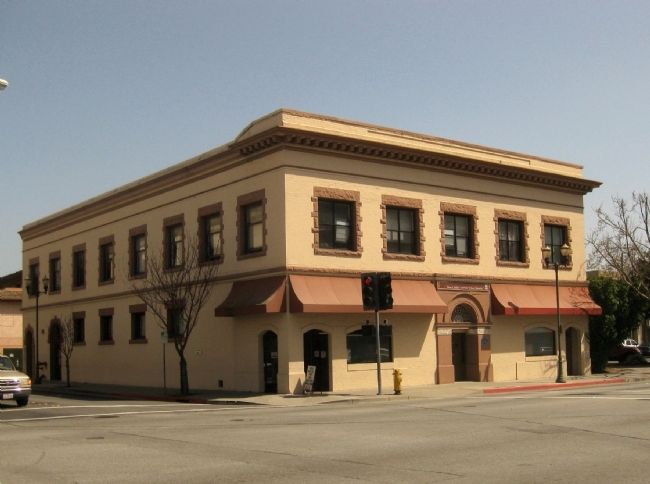