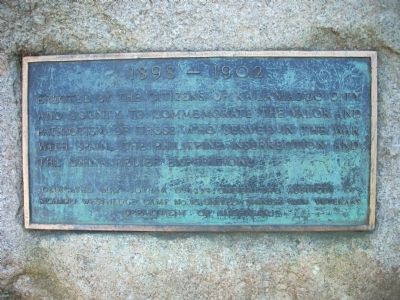 Erected by the citizens of Kalamazoo city and county to commemorate the valor and patriotism of those who served in the war with Spain, the Philippine insurrection, and the China relief expedition. Dedicated May 30th, A.D. 1924 under the auspices of Richard Westnedge Camp No. 16, United Spanish War Veterans, Department of Michigan.

Topics. This historical marker monument is listed in this topic list: War, Spanish-American. 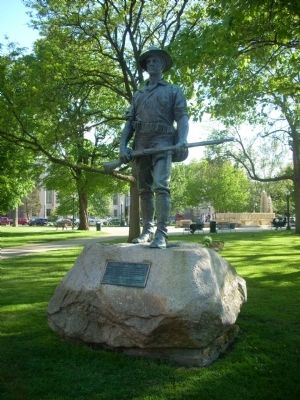 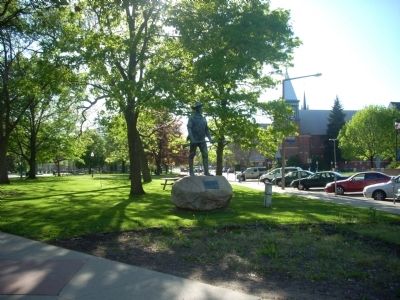