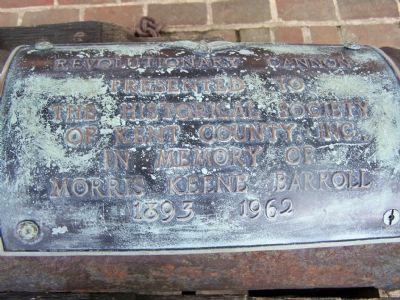 Presented to The Historical Society of Kent County, Inc., in memory of Morris Keene Barroll 1893–1962. 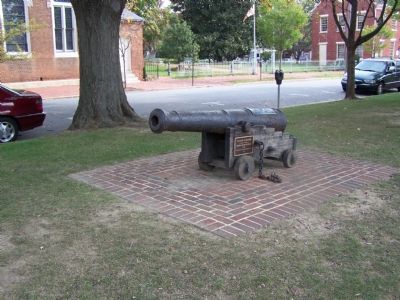 1. Caulk's Field
This cannon is reputed to have been used at the battle of Caulk's Field in 1814 (War of 1812). Eshelman and Sheads (Chesapeake Legends and Lore from the War of 1812) tell the history of this cannon in detail; they don't endorse the belief that it was used at Caulk's field but they don't debunk it either.
— Submitted February 27, 2014, by Allen C. Browne of Silver Spring, Maryland. 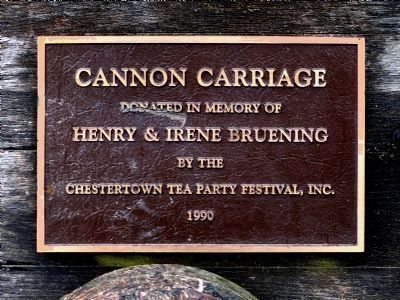 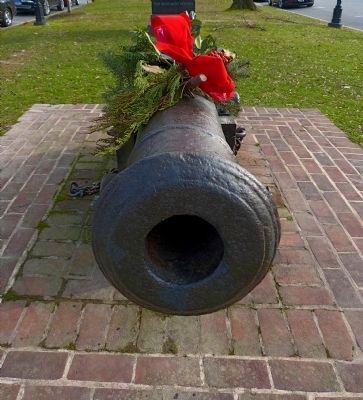 Editor’s want-list for this marker. Closeup picture of carriage marker shown in picture 2. • Can you help?
Share This Page.