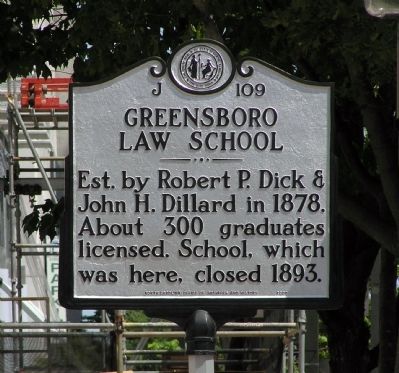 Topics and series. This historical marker is listed in this topic list: Education. In addition, it is included in the North Carolina Division of Archives and History series list. A significant historical year for this entry is 1878. 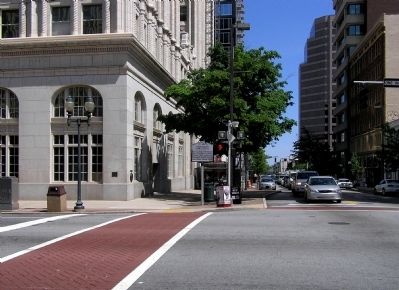 Photographed By Paul Crumlish, May 10, 2010
2. Wide view of the Greensboro Law School Marker

Also see . . .  Google Books: The history of legal education in the United States By Steve Sheppard. (Submitted on May 19, 2010, by PaulwC3 of Northern, Virginia.) 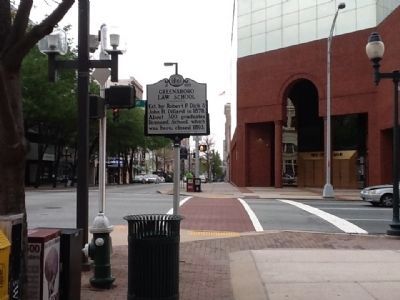