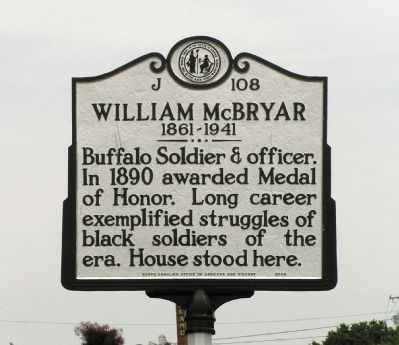 Photographed By Paul Crumlish, May 10, 2010
1. William McBryar Marker
Inscription.
William McBryar. Buffalo Soldier and officer. In 1890 awarded Medal of Honor. His long career exemplified struggles of black soldiers of the era. House stood here. . This historical marker was erected in 2006 by North Carolina Office of Archives and History. It is in Greensboro in Guilford County North Carolina

Topics and series. This historical marker is listed in these topic lists: African Americans • Military. In addition, it is included in the Buffalo Soldiers, the Medal of Honor Recipients, and the North Carolina Division of Archives and History series lists. A significant historical year for this entry is 1890. 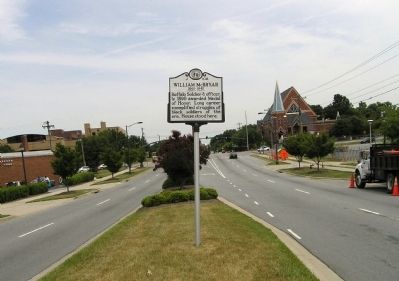 Photographed By Paul Crumlish, May 10, 2010
2. Wide view of the William McBryar Marker