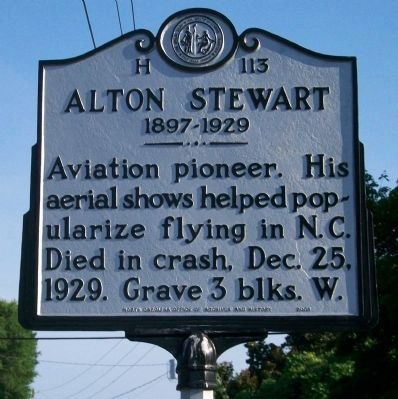 Topics. This historical marker is listed in these topic lists: Air & Space • Entertainment. A significant historical date for this entry is December 25, 1929. 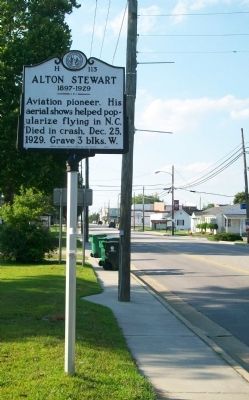 Additional commentary.
1. Alton Stewart
Alton Stewart developed his interest in flying at Camp Bragg’s Pope Field, during World War I. About two years after the war he began flying regularly and, from 1924 to 1929, worked with Curtiss-Wright Flying Service in Raleigh. He often gave public exhibitions and became one of the best-known pilots in the state. Press accounts of the period give Stewart considerable credit for popularizing aviation in the state.

Ben Dixon McNeill of the Raleigh News and Observer documented his exploits. McNeill wrote the story of Stewart’s death in a crash in Dunn on Christmas Day of 1929. The newspaper paid tribute to Stewart with an editorial page drawing captioned “He died in man’s conquest of the air.” In his story McNeill wrote that Stewart was “the first North Carolina pilot to be licensed 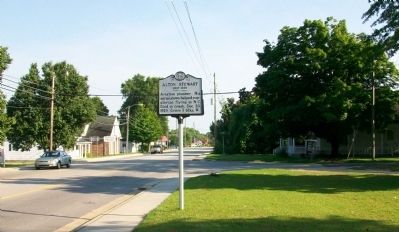 By Robert Cole, June 8, 2010
3. Alton Stewart Marker
Southward view of marker along South McKinley Street in Coats.
by the Department of Commerce.”

The best evidence indicates that there was no national or state agency certifying pilots in aviation’s earliest days. When such authorization did begin, there was no single, central authority for many years. The 1950-51 North Carolina Almanac called Stewart the “god-father of Tar Heel aviation.”

Family members have upheld the memory of Stewart. In 1968 they erected a tombstone in Coats bearing information about his 1926 license, certified by the “Federal Aeronautique International” and signed by Orville Wright. That document and other memorabilia since have been donated to the North Carolina Museum of History. 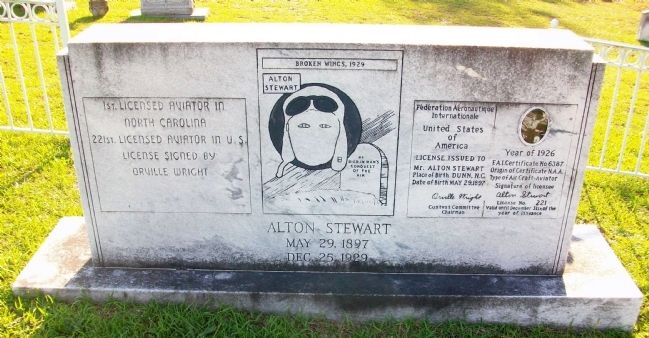 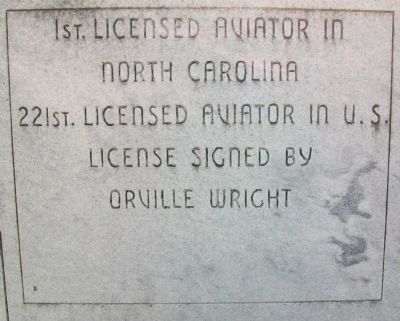 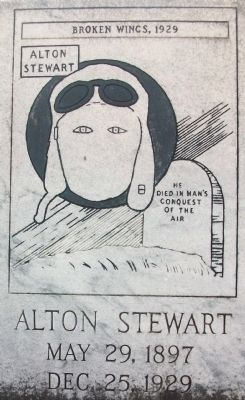 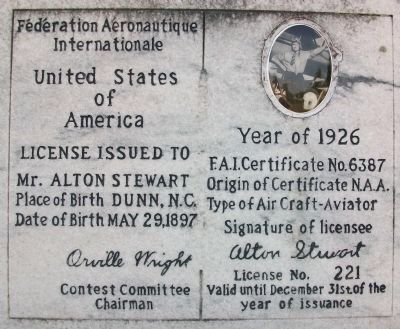 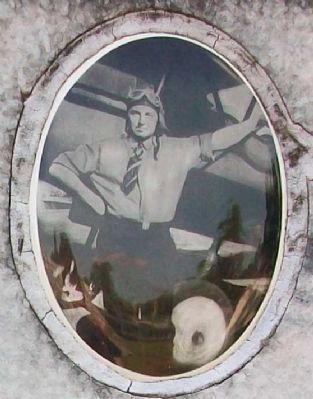 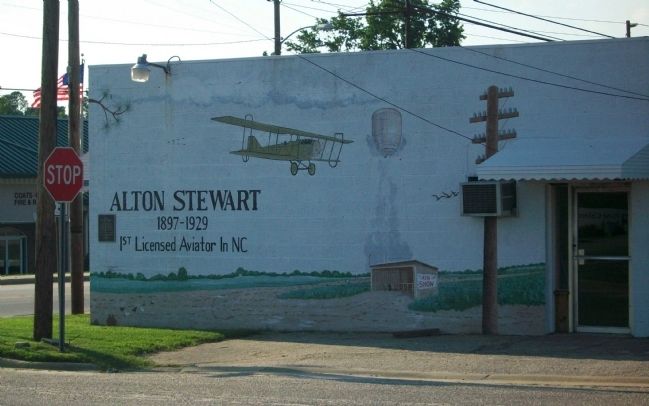 By Robert Cole, June 8, 2010
9. Aviation mural painted for the 2005 Centennial Celebration
Commemorative painting of Alton Stewart's achievements to aviation history and to the local community on a building in downtown Coats along South McKinley Street. 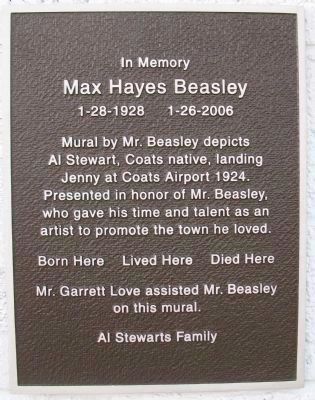