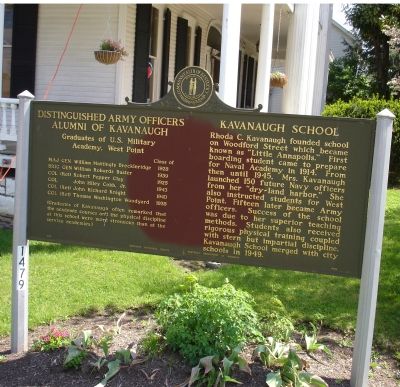 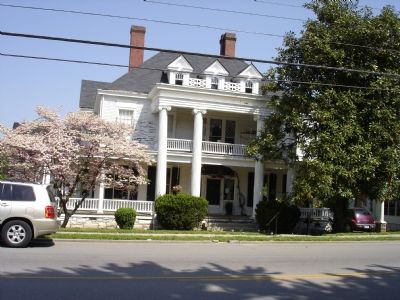 (Graduates of Kavanaugh often remarked that the academic courses and the physical discipline at this school were more strenuous than at the service academies.)

Erected 1973 by The Kentucky Historical Society and the Kentucky Department of Highways. (Marker Number 1479.)

Topics and series. This historical marker is listed in these topic lists: Education • Military. In addition, it is included in the Kentucky Historical Society series list. A significant historical year for this entry is 1914.

Other nearby markers. At least 5 other markers are within 6 miles of this marker, measured as the crow flies. Kavanaugh School (here, next to this marker); William H. Townsend (approx. 1½ miles away); Renowned Congressman (approx. 1.8 miles away); Upper Benson Church (approx. 4½ miles away); Hebron Church (approx. 5.1 miles away). Touch for a list and map of all markers in Lawrenceburg.
Credits. This page was last revised on June 16, 2016. It was originally submitted on April 29, 2006, by Trinket Troy of Burke, Virginia. This page has been viewed 4,035 times since then and 12 times this year. Photos:   1, 2. submitted on April 29, 2006, by Trinket Troy of Burke, Virginia. • J. J. Prats was the editor who published this page.
Share This Page.