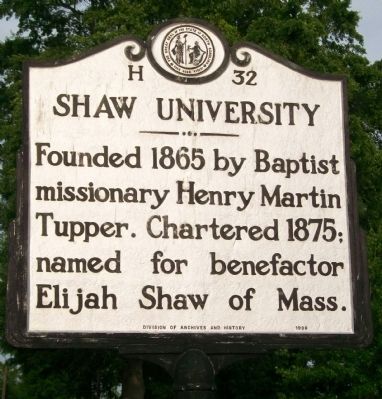 Photographed By Robert Cole, May 15, 2010
1. Shaw University Marker
Shaw University is a private liberal arts institution and historically black university specializing in social research and the liberal arts, located in Raleigh, North Carolina.
Inscription.
Shaw University. . , Founded 1865 by Baptist missionary Henry Martin Tupper. Chartered 1875; named for benefactor Elijah Shaw of Mass. . This historical marker was erected in 1996 by Division of Archives and History. It is in Raleigh in Wake County North Carolina

Erected 1996 by Division of Archives and History. (Marker Number H-32.)

Topics and series. This historical marker is listed in these topic lists: African Americans • Churches & Religion • Education. In addition, it is included in the Historically Black Colleges and Universities, and the North Carolina Division of Archives and History series lists. A significant historical year for this entry is 1865. 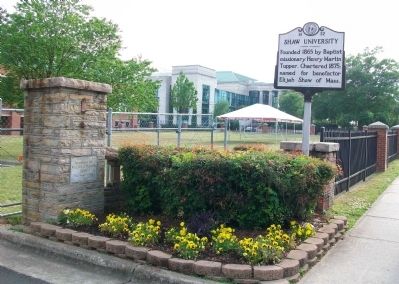 Photographed By Robert Cole, May 15, 2010
2. Shaw University
Westward view of marker Shaw University grounds along East South Street. The new Performing Arts Center can be seen one block in the background. The university is a few blocks south of the central Raleigh downtown area. 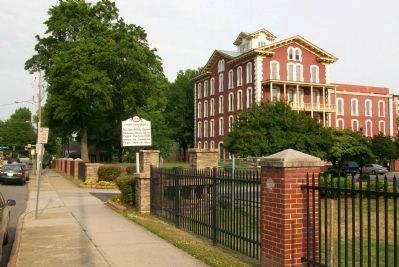 Photographed By Robert Cole, May 15, 2010
3. Shaw University - Estey Hall
Eastward view of the marker and northern part of the university along East South Street. In 1873, Estey Hall was erected for female students, making it the first such dormitory in the U.S. on a coeducational campus. The building, originally known as "Estey Seminary," was named in honor of Jacob Estey, the largest donor to the construction project. Estey Hall is listed on the National Register of Historic Places. 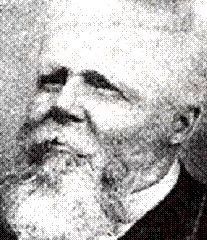