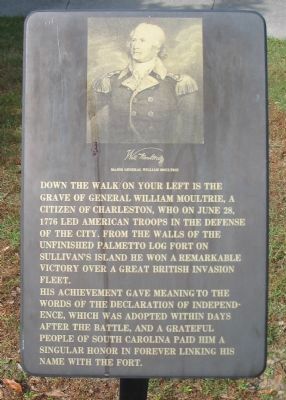 Down the walk on your left is the grave of General William Moultrie, a citizen of Charleston, who on June 28, 1776 led American troops in the defense of the city. From the walls of the unfinished palmetto log fort on Sullivan's Island he won a remarkable victory over a great British invasion fleet.

His achievement gave meaning to the words of the Declaration of Independence, which was adopted within days after the battle, and a grateful people of South Carolina paid him a singular honor in forever linking his name with the port.

Topics. This historical marker is listed in these topic lists: Patriots & Patriotism • War, US Revolutionary. A significant historical month for this entry is June 1857. 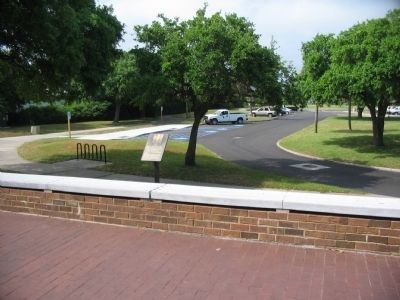 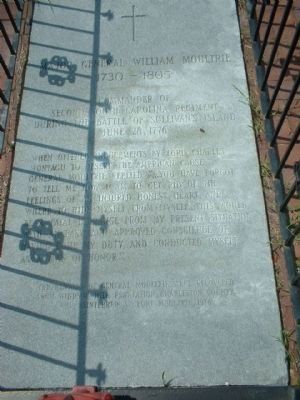 
Commander of
Second South Carolina Regiment
During the Battle of Sullivan's Island
June 28, 1776

When offered inducements by Lord Charles
Hontagu to desert the American cause,
General Moultrie replied "...You have forgot
to tell me how I am to get rid of the
feelings of an injured honest heart, and
where to hide myself from myself... this would
be a fatal exchange from my present situation
with an easy and approved conscience of
having done my duty, and conducted myself
as a man of honor."

The remains of General Moultrie were recovered
from Windsor Hill Plantation, Charleston County,
and reinterred at Fort Moultrie, 1978. 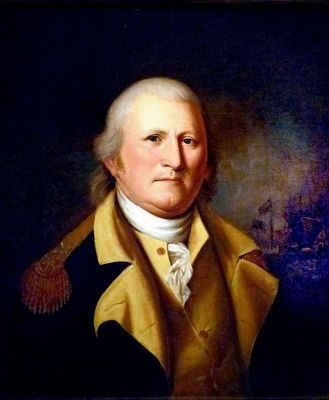 In the background of this portrait showing Moultrie, risen to a general in the Continental army can be glimpsed the famous fort, renamed in Moultrie's honor.” — National Portrait Gallery 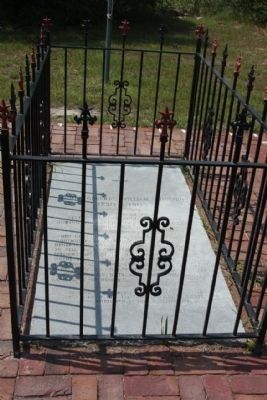 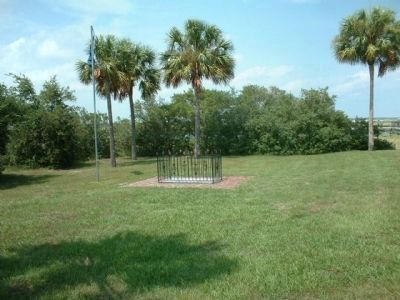