Center of the Gold Railroads 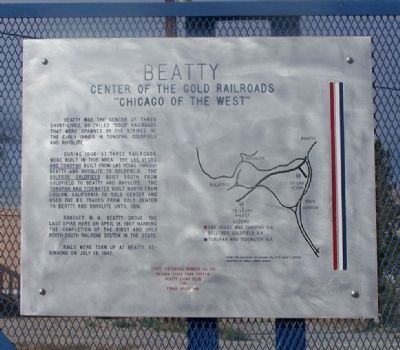 Photographed By Mike Stroud, 2010
1. Beatty Center of the Gold Railroads Marker
Inscription.
Beatty was the center of three short-lived, so-called "gold" railroads that were spawned by the strikes of the early 1900's in Tonopah, Goldfield and Rhyolite. , During 1906-'07 three railroads were built in this area. The Las Vegas and Tonopah built from Las Vegas through Beatty and Rhyolite to Goldfield. The Bullfrog Goldfield built south from Goldfield to Beatty and Rhyolite. The Tonopah and Tidewater built north from Ludlow, California to Gold Center and used the BG tracks from Gold Center to Beatty and Rhyolite until 1914., Rancher M.M. Beatty drove the last spike here on April 18, 1907, marking the completion of the first and only north-south railroad system in the state., Rails were torn up at Beatty beginning on July 18, 1942. . This historical marker was erected in 2008 by Nevada State Park System, Beatty Lions Club for Frank Brockman. It is in Beatty in Nye County Nevada

Beatty was the center of three short-lived, so-called "gold" railroads that were spawned by the strikes of the early 1900's in Tonopah, Goldfield and Rhyolite.

Rancher M.M. Beatty drove the last spike here on April 18, 1907, marking the completion of the first and only north-south railroad system in the state.

Topics. This historical marker is listed in these topic lists: Industry & Commerce • Notable Places • Railroads & Streetcars. A significant historical month for this entry is April 1827. 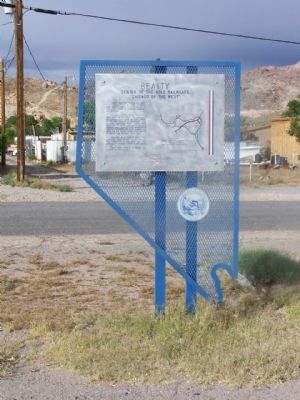 Click or scan to see
this page online
54.357′ N, 116° 45.341′ W. Marker is in Beatty, Nevada, in Nye County. Marker is on U.S. 95, on the left when traveling south. Located Between West Amargosa and Valley Streets. Touch for map. Marker is in this post office area: Beatty NV 89003, United States of America. Touch for directions.

Also see . . .  New Amended Text for Marker. The Nevada State Historic Preservation Office (SHPO) recently updated the text of the roughly 260 state historical markers in Nevada. The Nevada SHPO placed the amended text of each individual marker on its website and will change the actual markers in the field as funding allows. Minor changes have been made to the marker for grammar and readability. The link will take you to the Nevada SHPO page for the marker with the amended text. (Submitted on November 12, 2013, by Duane Hall of Abilene, Texas.) 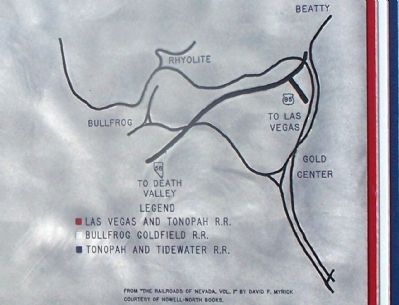 Photographed By Mike Stroud, June 12, 2010
3. Beatty
Map: "From The Railroads of Nevada, Vol. I, by David F. Myrick, Courtesy of Howell-North Books." 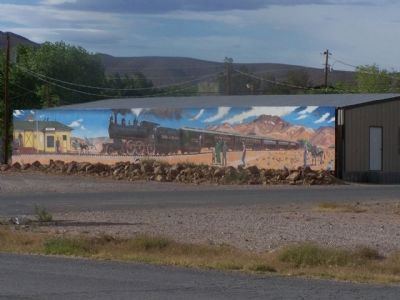 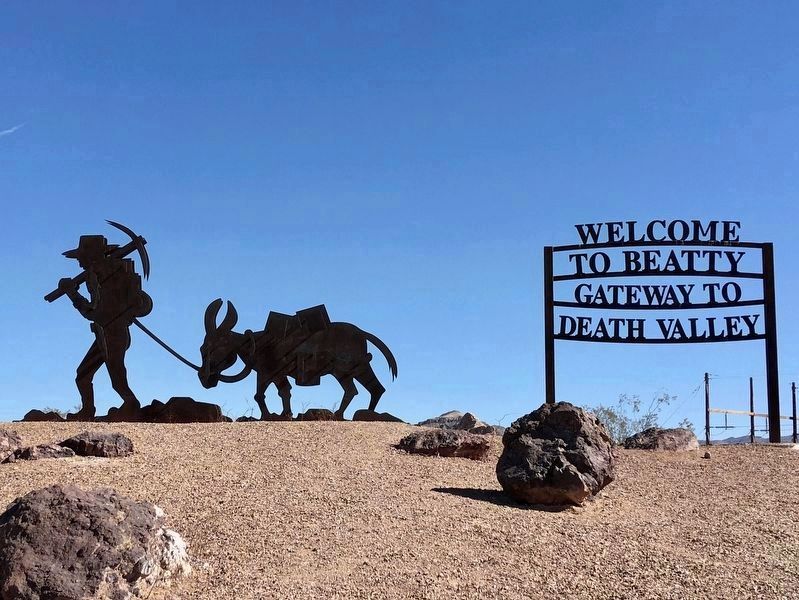 Photographed By Craig Baker, October 27, 2020
5. Welcome to Beatty
Gateway to Death Valley.
This sign is located at the west end of town. 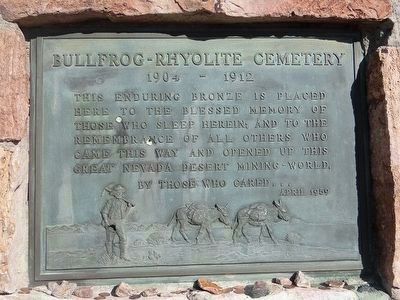 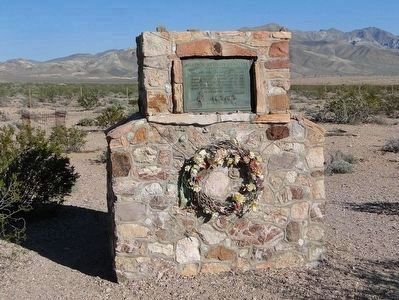 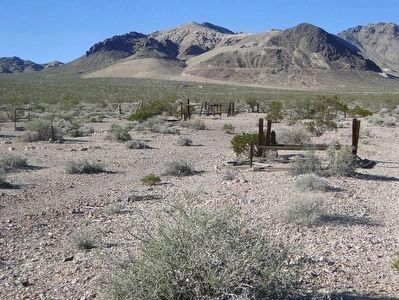 Photographed By Trev Meed, circa 2015
8. Bullfrog- Rhyolite Cemetery
The cemetery looking north. The last building in Bullfrog on Pioneer Road (referenced above), can be seen in the background of this photograph. 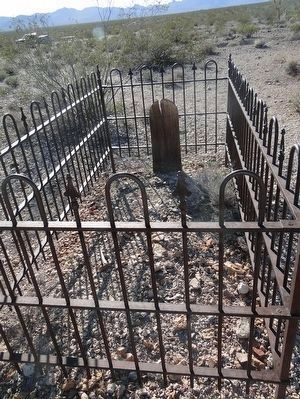 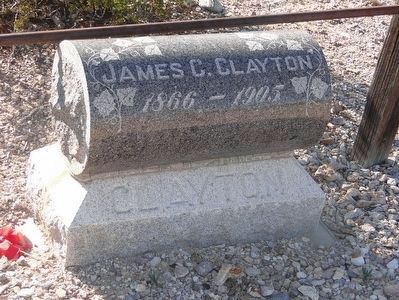