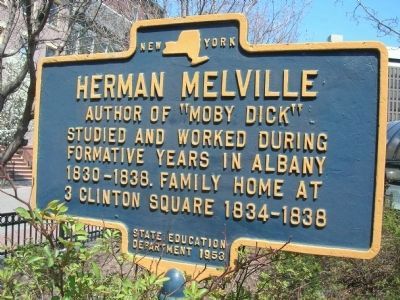 Topics. This historical marker is listed in this topic list: Arts, Letters, Music. A significant historical year for this entry is 1830. 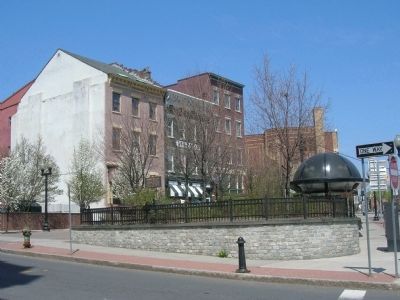 Photographed By Howard C. Ohlhous, April 21, 2008
2. Herman Melville Marker
The former Melville home is the one directly behind the marker in this photo.

Click or scan to see
this page online
(about 600 feet away); Albany Pump Station (about 800 feet away); Railroads (approx. 0.2 miles away). Touch for a list and map of all markers in Albany.

Related markers. Click here for a list of markers that are related to this marker. two other homes of Melville, in Troy, NY and Pittsfield, MA 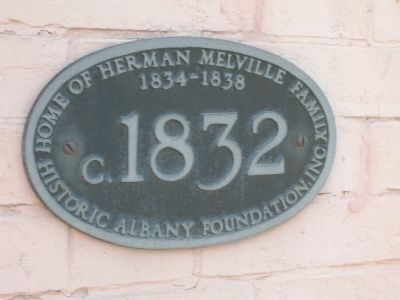 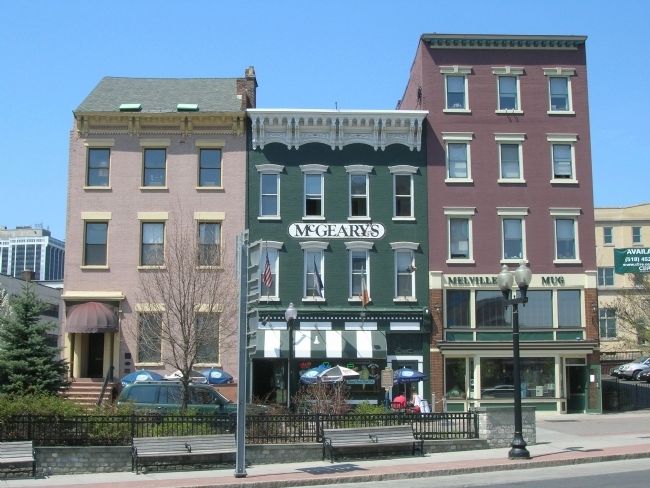 Photographed By Howard C. Ohlhous, April 21, 2008
4. Herman Melville House
The Melville House in the on the left. The establishment to the right of McGeary's is called the Melville Mug. 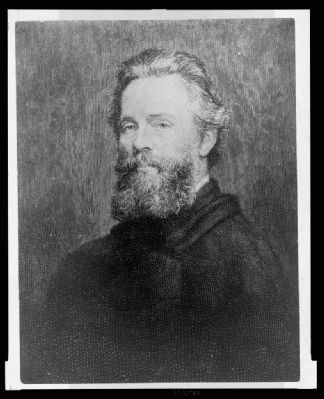