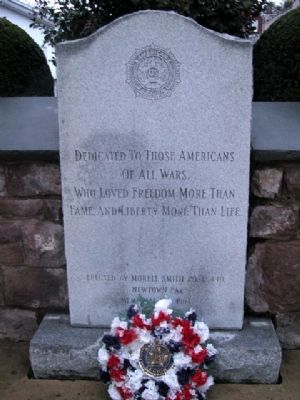 By William Fischer, Jr., October 15, 2009
1. Newtown War Memorial
Inscription.
Newtown War Memorial. . .
Dedicated to those Americans of All Wars, who loved freedom more than fame, and liberty more than life.. [Dedicated] Memorial Day 1964. . This memorial was erected in 1964 by American Legion Morell Smith Post 440. It is in Newtown in Bucks County Pennsylvania

Dedicated to those Americans
of All Wars,
who loved freedom more than
fame, and liberty more than life.

Topics. This historical marker memorial is listed in these topic lists: Fraternal or Sororal Organizations • Heroes • Military • Patriots & Patriotism. A significant historical year for this entry is 1964.

Location. 40° 13.796′ N, 74° 56.192′ W. Marker is in Newtown, Pennsylvania, in Bucks County. Marker is on State Street, on the right when traveling north. Veterans Plaza is about 300 feet north of Washington Avenue. Touch for map. Marker is at or near this postal address: 23 N State Street, Newtown PA 18940, United States of America. Touch for directions. 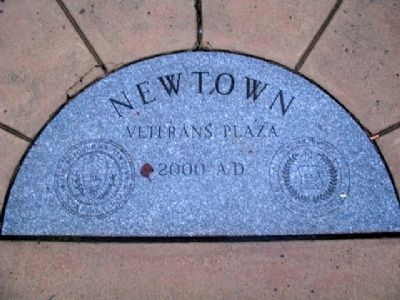 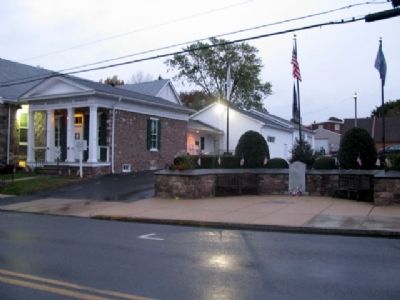