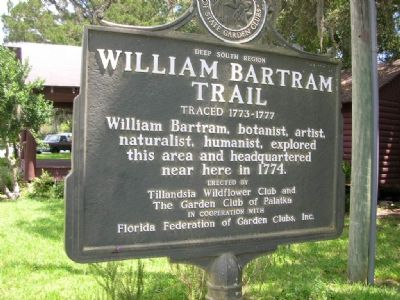 Erected by Tillandsia Wildflower Club and The Garden Club of Palatka with Florida Federation of Garden Clubs, Inc.

Topics and series. This historical marker is listed in this topic list: Horticulture & Forestry. In addition, it is included in the William Bartram Trails, and the Works Progress Administration (WPA) projects series lists. A significant historical year for this entry is 1774.

Location. 29° 38.195′ N, 81° 38.774′ W. Marker is in Palatka, Florida, in Putnam County. Marker can be reached from Twigg Street near Moseley Avenue. It is at Ravine Gardens State Park. Touch for map. Marker is at or near this postal address: 1600 Twigg Street, Palatka FL 32177, United States of America. Touch for directions.

Other nearby markers. At least 8 other markers are within one mile of this marker, measured as the crow flies. Garden Center History (a few steps from this marker); Ravine State Gardens (about 300 feet away, measured in a direct line); The Civil War and the Ravines (approx. 0.2 miles away); Suspension Bridges and Amphitheater (approx. 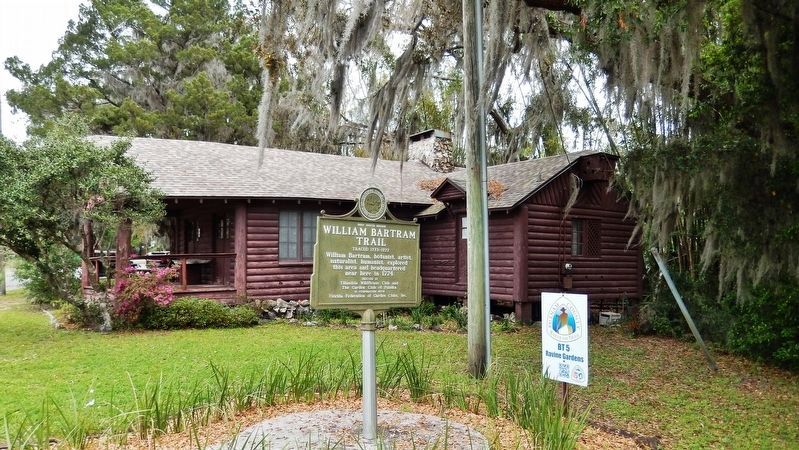 More about this marker. The Bartram Trail Conference, Inc., founded in 1976, has sought to identify and mark Bartram’s southern journey and works to promote interest in developing recreational trails and botanical gardens along the route.

A ravine was created over thousands of years by water flowing from the sandy ridges on the shore of the St. Johns River. In 1933, this ravine was transformed into a dramatic garden by the federal Works Progress Administration. A 1.8-mile paved road winds around the ravine, offering motorists, bicyclists and walkers a view of the gardens. The ravines contain Whitewater Branch, a spring-fed stream that flows into the St. Johns River. The ravines slope down to the Branch from a maximum elevation of 120 feet above sea level. Unlike ravines created by surface erosion, these are steep head ravines. Seeping underground water undercuts the sandy slopes, causing them to collapse. The steep head ravines continuously widen into the slopes above.

Regarding William Bartram Trail. William Bartram was America’s first native born naturalist/artist and the first author in the modern genre of writers who portrayed nature through personal experience as well as scientific observation. Bartram’s momentous southern journey took him from the foothills of the Appalachian mountains to Florida, through the southeastern interior all the way to the Mississippi River. His work thus provides descriptions of the natural, relatively pristine eighteenth-century environment of eight modern states. Bartram published an account of his adventure in 1791. It quickly became an American classic and Bartram’s Travels has been described by one scholar as “the most astounding verbal artifact of the early republic.” Particularly enlightening and appealing were Bartram’s accounts of the Seminole, Creek and Cherokee Indians. 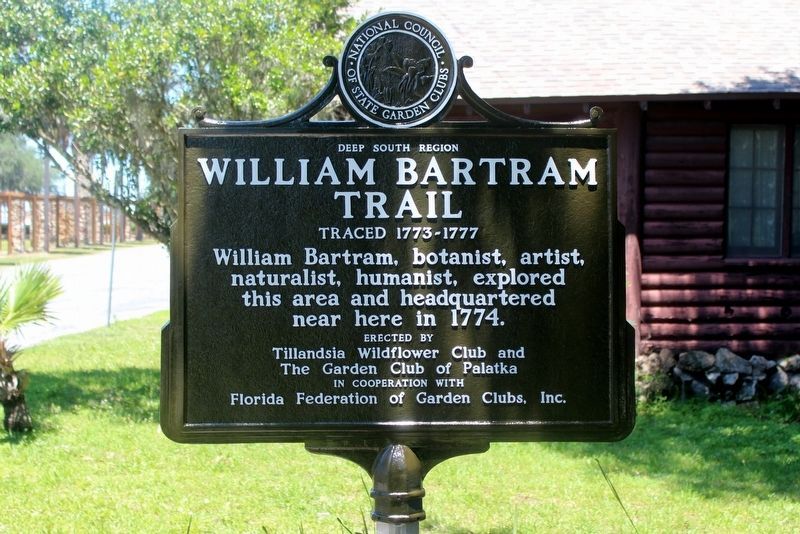 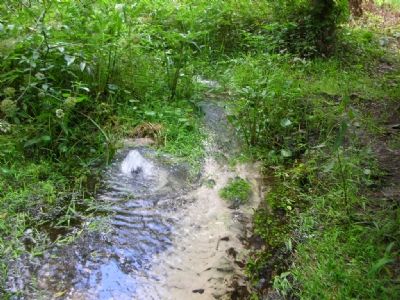 By Julie Szabo, July 25, 2007
4. The springs bubbling out of the ground, which are responsible for creating the huge ravine. 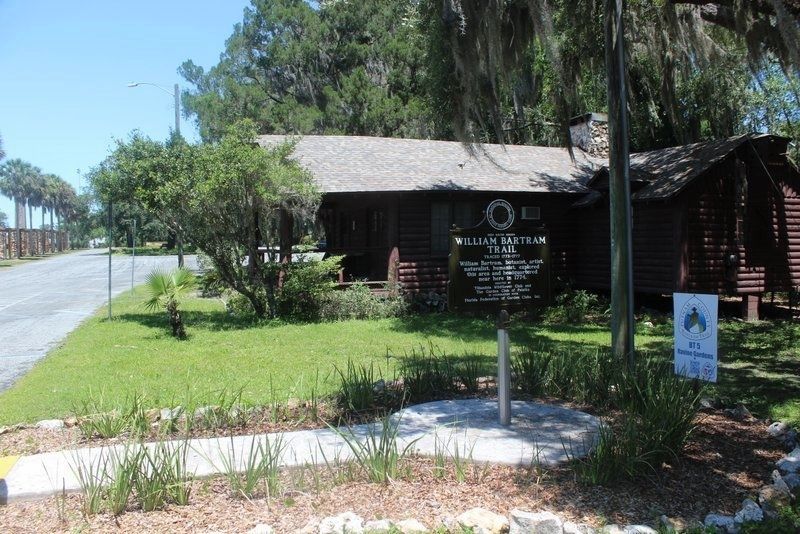