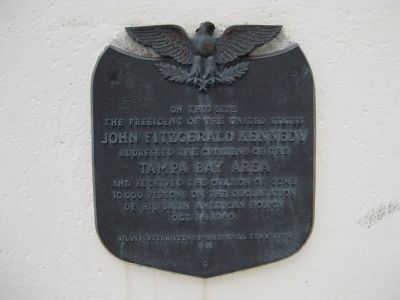 On this site
The President of the United States
John Fitzgerald Kennedy
addressed the citizens of the
Tampa Bay Area
and received the ovation of some
10,000 persons on the declaration
of his Latin American policy
Oct. 18, 1960.

Topics and series. This historical marker is listed in this topic list: Government & Politics. In addition, it is included in the Former U.S. Presidents: #35 John F. Kennedy series list. A significant historical year for this entry is 1960. 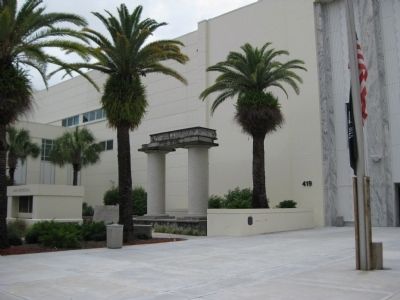 Photographed By AGS Media, July 2, 2010
2. John Fitzgerald Kennedy Marker
The marker appears under the right-most palm tree. To its left is HYDRIA, two large rainwater cisterns disguised as public art, and in the far left, the Hillsborough County War Memorial.

Regarding John Fitzgerald Kennedy. The 1960 speech was not Kennedy's last visit to Tampa. JFK again visited Tampa on November 18, 1963, when he greeted thousands lining the city streets as his motorcade passed. Kennedy rode in the very same convertible in which, four days later, he rode through Dallas as he was shot and killed.

The assassination which occurred on November 22 in Dallas had originally been planned to occur in Tampa. The Tampa hit was called off after an informant leaked the plan to law enforcement. 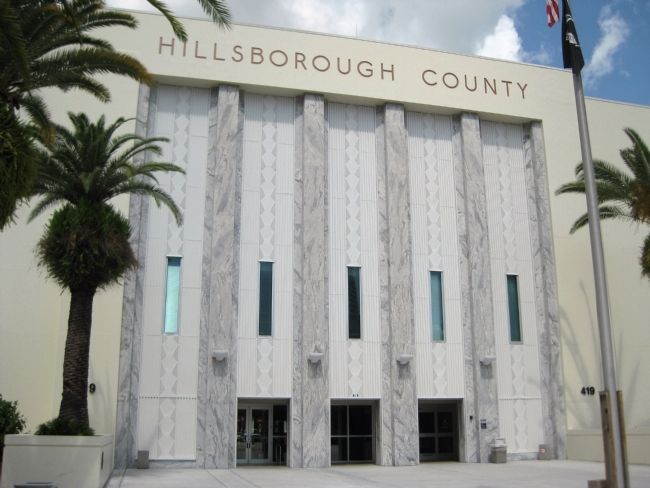 Photographed By AGS Media, May 8, 2010
3. Hillsborough County Courthouse
The John Fitzgerald Kennedy Marker is barely visible mounted on the inside wall of the planter at left. It was here where Kennedy addressed a crowd of ten-thousand in 1960. 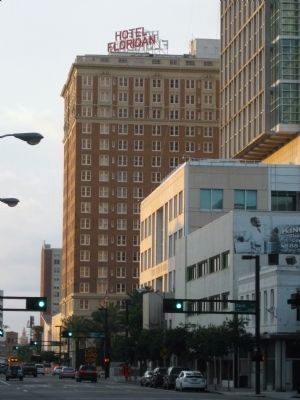