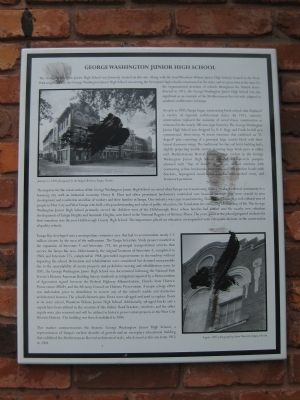 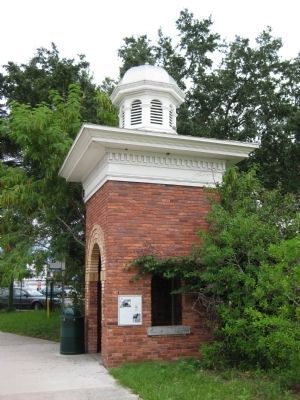 The impetus for the construction of the George Washington Junior High School occurred when Tampa was transitioning from a rural agricultural community to a booming city with and industrial economy. Henry B. Plant and other prominent landowners established new business interests that were crucial to area development and resulted in an influx of workers and their families in Tampa. One industry was cigar manufacturing. This industry brought a rich cultural mix of people to Ybor City and West Tampa who held a deep understanding and value of public education, the foundation for cultivating a better way of life. The George Washington Junior High School primarily served the children west of the Hillsborough River whose families had settled into the nearby new suburban developments of Tampa Heights and Seminole Heights, now listed in the National Register of Historic Places. The years spent at the school prepared students for their transition into the new Hillsborough County High School. The importance placed on education corresponded with a dramatic increase in the construction of quality schools.

Tampa Bay developed into a metropolitan commuter area that had 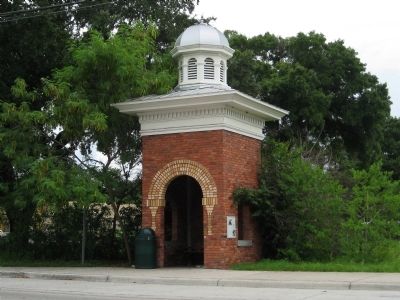 Photographed By AGS Media, July 1, 2010
3. Bus Shelter and George Washington Junior High School Marker
Viewed across East Columbus Drive.
to accommodate nearly 2.3 million citizens by the turn of the millennium. The Tampa Interstate Study project resulted in the expansion of Interstate 4 and Interstate 275, the principal transportation arteries that service the Tampa Bay area. Unfortunately, the original locations of Interstate 4, completed in 1964, and Interstate 275, completed in 1968, precluded improvements to the roadway without impacting the school. Relocation and rehabilitation were considered but deemed unreasonable due to the unavailability of vacant property and prohibitive moving and rehabilitation costs. In 2001, the George Washington Junior High School was documented following the National Park Service's Historic American Building Survey standards as mitigation required by a Memorandum of Agreement signed between the Federal Highway Administration, Florida State Historic Preservation Officer, and the Advisory Council on Historic Preservation. A major salvage effort was undertaken prior to demolition to recover any of the school's usable and distinctive architectural features. The school's historic pine floors were salvaged and used to replace floors at its sister school, Woodrow Wilson Junior High School. Additionally, salvaged bricks and a cupola were also removed and will be utilized in historic preservation projects in the Ybor City Historic District. The building was then demolished in 2004. 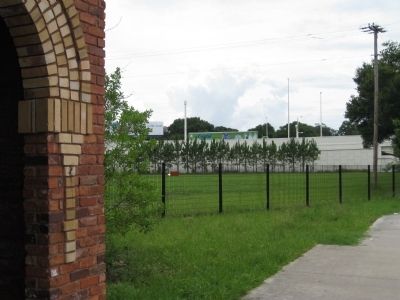 Photographed By AGS Media, July 1, 2010
4. The former site of George Washington Junior High
Interstate 275 passes west of the bus shelter.
a representation of Tampa's earliest decades of growth and an exemplary educational building that exhibited the Mediterranean Revival architectural style, which stood at this site from 1915 to 2004.

Topics. This historical marker is listed in this topic list: Education. A significant historical date for this entry is January 15, 1926.

More about this marker. The marker is mounted on the western face of a red brick bus stop shelter topped with a heptagonal cupola and featuring arched window openings and an arched doorway accented with yellow brick. The shelter is constructed in a style reminiscent of the George Washington Junior High building. A bench inside the shelter offers seating to those who await the #15 HART bus (Hillsborough Area Regional Transit).

At the time of the marker's entry into this database, it had been partially painted over by vandals.

Regarding George Washington Junior High School. The field to the south and west 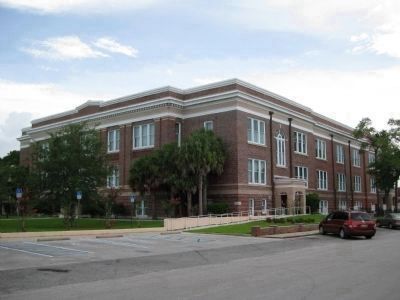