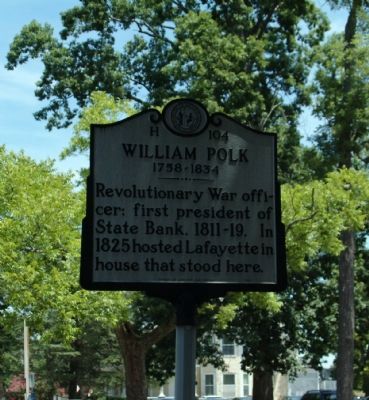 Photographed By Paul Jordan, July 2, 2010
1. William Polk Marker
Inscription.
William Polk. Revolutionary War officer; first president of State Bank, 1811 - 19. In 1825 hosted Lafayette in house that stood here. . This historical marker was erected in 1992 by Division of Archives and History. It is in Raleigh in Wake County North Carolina

Topics and series. This historical marker is listed in these topic lists: Industry & Commerce • War, US Revolutionary. In addition, it is included in the Lafayette’s Farewell Tour, and the North Carolina Division of Archives and History series lists. A significant historical year for this entry is 1811. 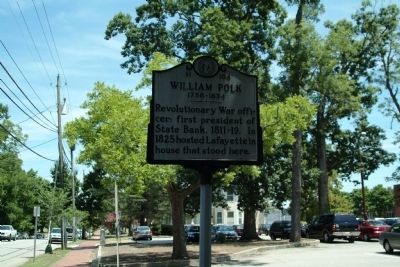 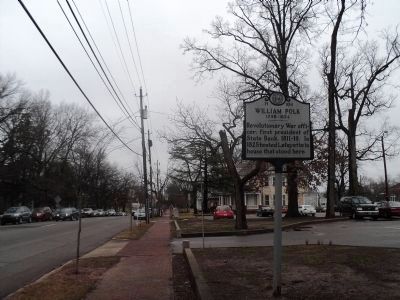 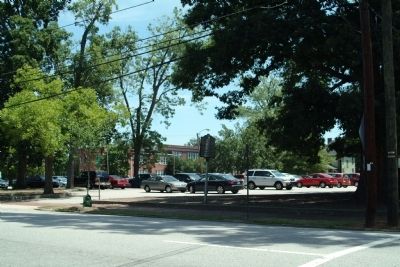