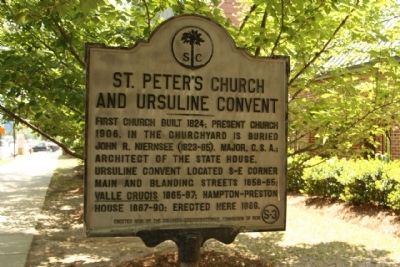 Topics. This historical marker is listed in this topic list: Churches & Religion. A significant historical year for this entry is 1824.

Other nearby markers. At least 8 other markers are within walking distance of this marker. St. Peter's Roman Catholic Church (a few steps from this marker); The Big Apple (about 400 feet away, measured in a direct line); Israelite Sunday School / Columbia's First Synagogue 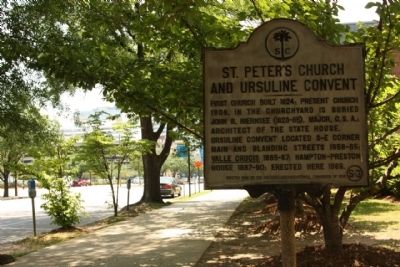 Regarding St. Peter's Church and Ursuline Convent. Built in 1906, St. Peter’s Roman Catholic Church is primarily significant as an excellent example of Gothic Revival church architecture designed by a major regional architect. St. Peter’s is also significant as one of the most important Catholic churches in South Carolina, established in 1821 and considered the “mother church” of many congregations in South Carolina, North Carolina and Georgia. It was designed by Frank Pierce Milburn, one of the most significant and prolific architects working in the South from the 1880s to the 1920s. Milburn, a Kentucky native, practiced throughout the Southeast, most notably in North and South Carolina. His work includes several railroad stations, several buildings at the University of North 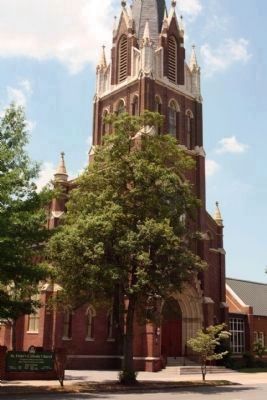 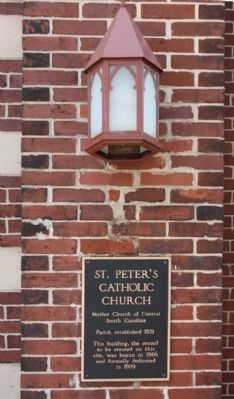 This building, the second
to be erected on this
site, was begun in 1906
and formally dedicated
in 1909 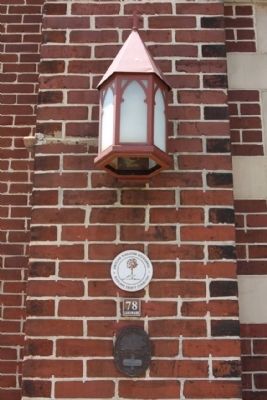 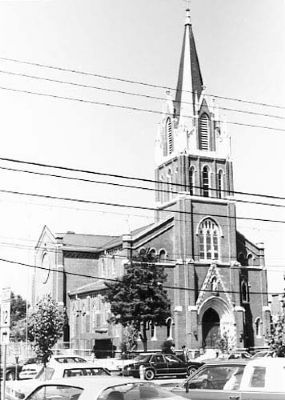 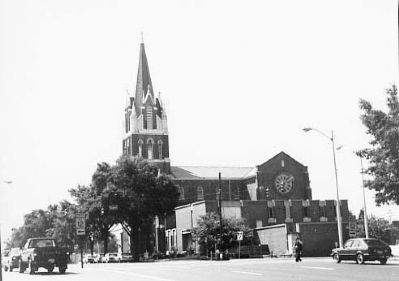 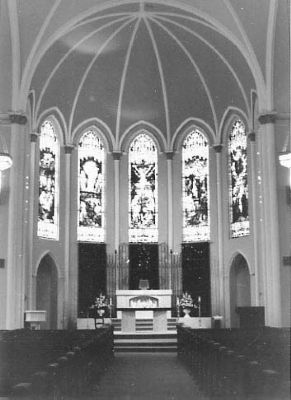