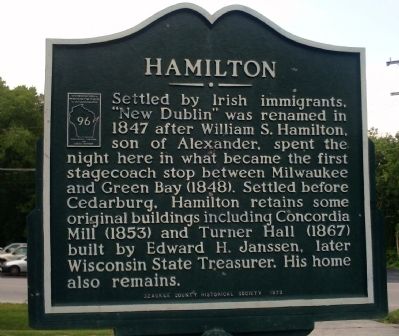 Photographed By Paul F, July 8, 2010
1. Hamilton Marker
Inscription.
Hamilton. . Settled by Irish immigrants, “New Dublin” was renamed in 1847 after William S. Hamilton, son of Alexander, spent the night here in what became the first stagecoach stop between Milwaukee and Green Bay (1848). Settled before Cedarburg, Hamilton retains some original buildings including Concordia Mill (1853) and Turner Hall (1867) built by Edward Janssen, later Wisconsin State Treasurer. His home also remains. . This historical marker was erected in 1973 by Ozaukee County Historical Society. It is Near Cedarburg in Ozaukee County Wisconsin

Topics. This historical marker is listed in these topic lists: Notable Places • Settlements & Settlers. A significant historical year for this entry is 1847.

Location. 43° 17.032′ N, 87° 58.348′ W. Marker is near Cedarburg, Wisconsin, in Ozaukee County. Marker is on Hamilton Road, 0.1 miles north of Green Bay Road, on the left when traveling north. Located in Hamilton Park parking lot. Touch for map. Marker is at or near this postal address: 228 Hamilton Road, Cedarburg WI 53012, United States of America. Touch for directions.

Other nearby markers. At least 8 other markers are within 2 miles of this marker, measured as the crow flies. Ancient Paths (a few steps from this marker); Hamilton Turnhalle (within 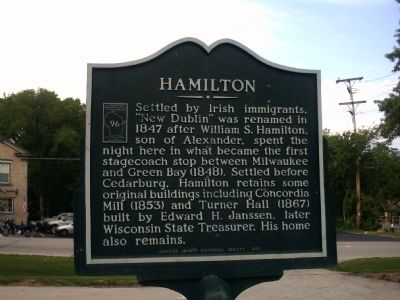 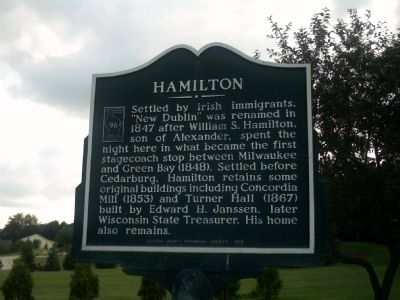 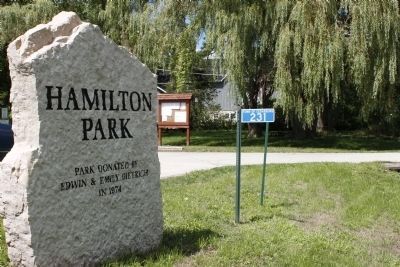 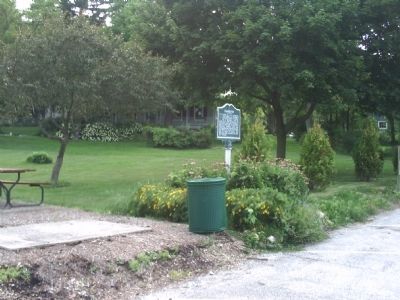 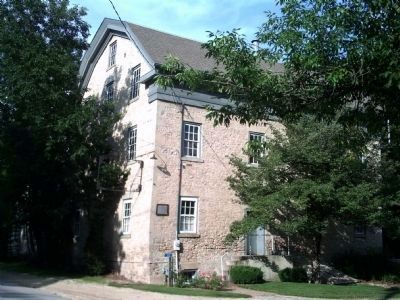 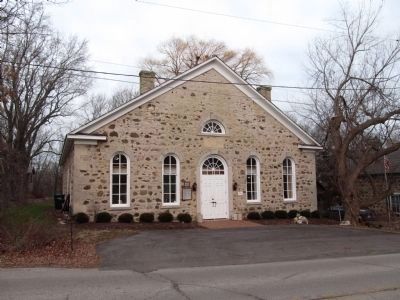 Editor’s want-list for this marker. Photo of the home of Edward Janssen. • Can you help?
Share this page.