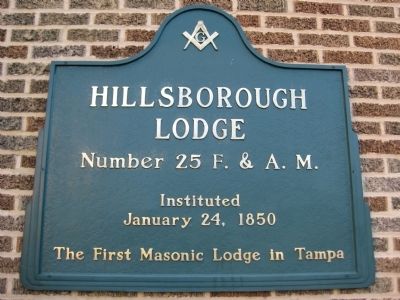 The First Masonic Lodge in Tampa

Topics. This historical marker is listed in this topic list: Fraternal or Sororal Organizations. A significant historical month for this entry is January 1876.

Location. 27° 56.921′ N, 82° 27.335′ W. Marker is in Tampa, Florida, in Hillsborough County. Marker is at the intersection of North Morgan Street and East Kennedy Boulevard (Business U.S. 41), on the left when traveling north on North Morgan Street. The Hillsborough Lodge Temple sits at the corner of East Kennedy and North Marion in downtown Tampa. The historic marker is mounted to the side of the building facing Marion, while the main entrance and all other plaques are located on the side facing Kennedy. Touch for map. Marker is at or near this postal address: 508 East Kennedy Boulevard, Tampa FL 33602, United States of America. Touch for directions. 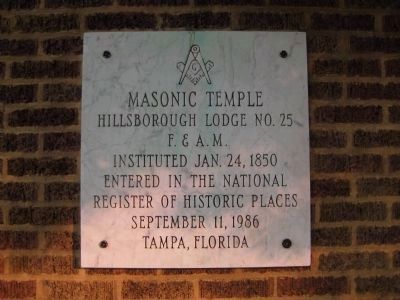 Regarding Hillsborough Lodge. The Hillsborough Lodge completed this, their fourth Masonic Temple in 1928, and built it in the Mediterranean Revival style with Beaux-Arts detail, designed by M. Leo Elliott. The two-story structure features ornamental glazed terra-cotta detailing and elaborate brick work.

The structure was added to the National Register of Historic Places in 1986 (#86002415), and is also a City of Tampa Local Landmark Structure. 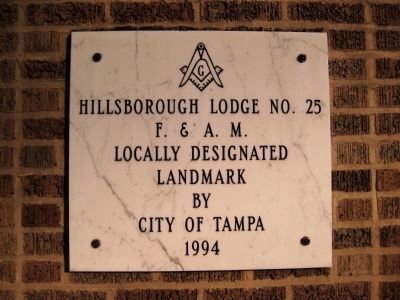 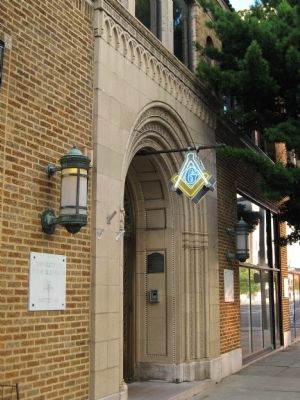 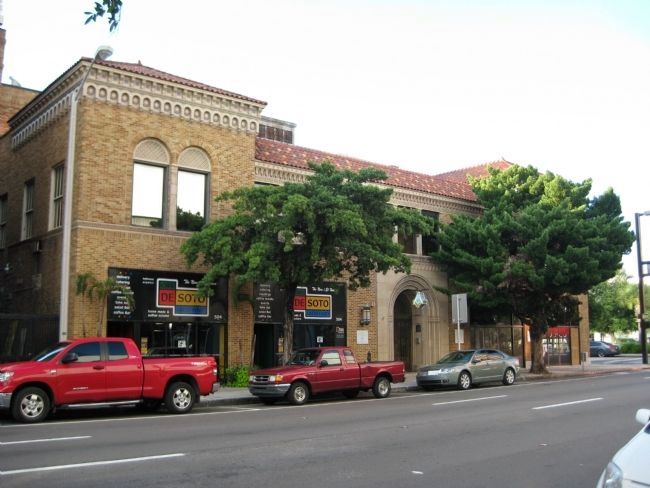 Photographed By AGS Media, July 8, 2010
5. Masonic Temple of Hillsborough Lodge No. 25
Per Masonic custom, the organization occupies the upper floor of the temple. The first floor is commercial space. 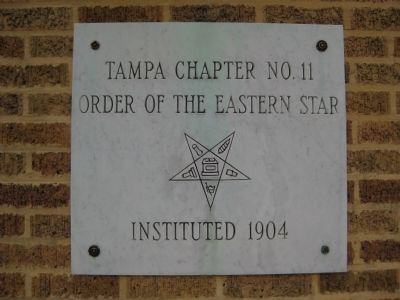 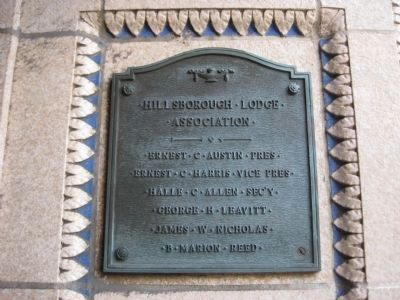 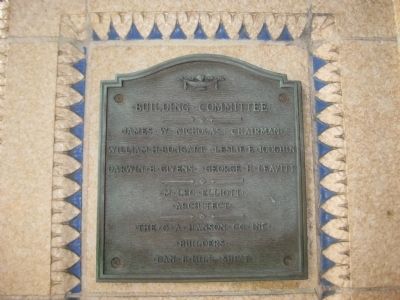