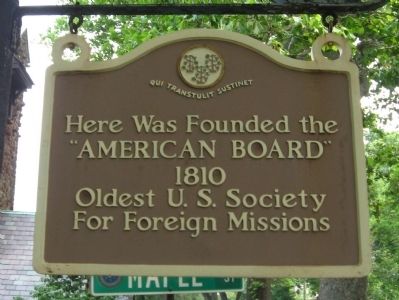 Here Was Founded the
"American Board"
1810
Oldest U. S. Society
For Foreign Missions

Other nearby markers. At least 8 other markers are within 3 miles of this marker, measured as the crow flies. American Board of Commissioners For Foreign Missions (a few steps from this marker); Farmington (about 600 feet away, measured in a direct line); Rochambeau Route 1781-82 (approx. 0.2 miles away); Farmington and the Freedom Trail (approx. ¼ mile away); Lest We Forget (approx. 0.7 miles away); Lt. Vincent H. Core Memorial Site (approx. 2.1 miles away); The Farmington Canal 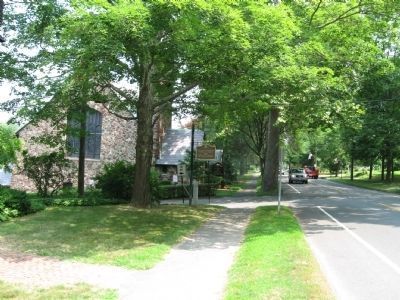