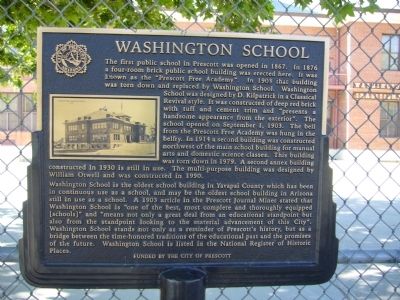 The first public school in Prescott was opened in 1867. In 1876 a four-room brick public school building was erected here. It was known as the "Prescott Free Academy". In 1903 that building was torn down and replaced by Washington School. Washington School was designed by D. Kilpatrick in a Classical Revival style. It was constructed of deep red brick with tuff and cement trim and "presents a handsome appearance from the exterior". The school opened on September 1, 1903. The bell from the Prescott Free Academy was hung in the belfry. In 1914 a second building was constructed northwest of the main school building for manual arts and domestic science classes. This building was torn down in 1979. A second annex building constructed in 1930 is still in use. The multi-purpose building was designed by William Otwell and was constructed in 1990. 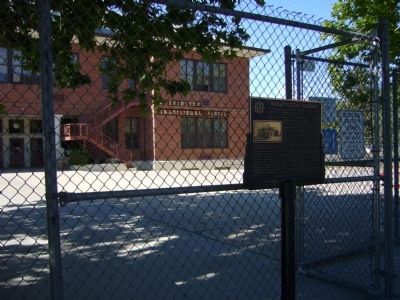 Click or scan to see
this page online
thoroughly equipped (schools)" and "means not only a great deal from an educational standpoint bur also from the standpoint looking to the material advancement of the City". Washington School stands not only as a reminder of Prescott's history, but as a bridge between the time-honored traditions of the educational past and the promises of the future. Washington School is listed in the National Register of Historic Places.

Erected by City of Prescott.

Topics. This historical marker is listed in these topic lists: Education • Notable Buildings. A significant historical month for this entry is September 1876. 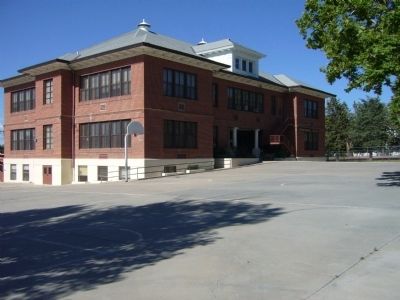