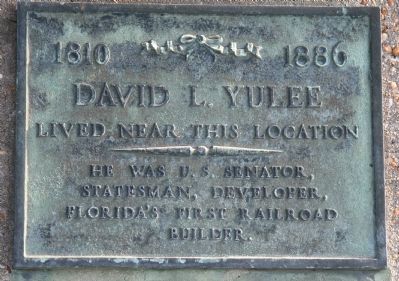 Topics. This historical marker is listed in these topic lists: Government & Politics • Railroads & Streetcars. A significant historical year for this entry is 1810. 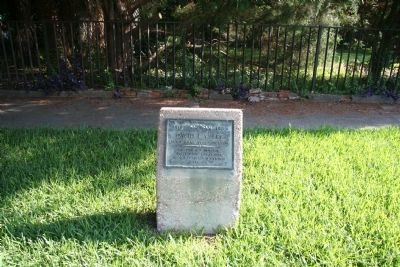 Click or scan to see
this page online
(about 700 feet away); Revolutionary War Invasion of British East Florida (about 800 feet away). Touch for a list and map of all markers in Fernandina Beach.

More about this marker. This historical maker is a metal plaque affixed to a small concrete monument form, situated low on the ground, several feet away from the street curb. 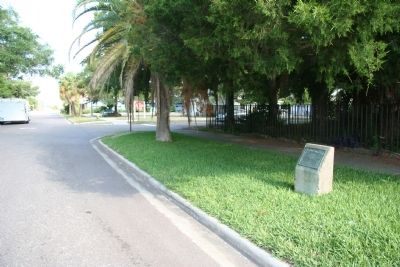