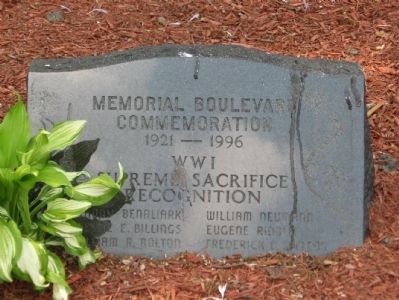 Topics. This historical marker is listed in this topic list: War, World I. A significant historical year for this entry is 1921. 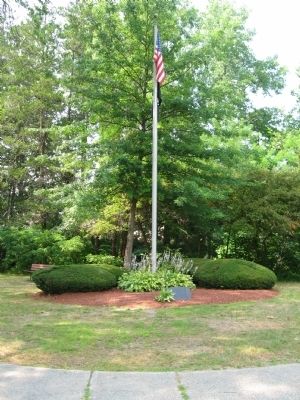 More about this marker. Flag Pole - Dedicated on November 9, 1964 to the City of Bristol. Next to this flag is a memorial marker, donated by the Bristol Historical Society, which list the names of six WW1 Veterans who died in WW1 and were not originally listed on the WW1 Monument. The memorial marker was dedicated in September 1996, commemorating the Boulevard's 75th anniversary. - John (Jack) Denehy, Memorial Military Museum Inc.
Credits. This page was last revised on June 16, 2016. It was originally submitted on July 23, 2010, by Michael Herrick of Southbury, Connecticut. This page has been viewed 663 times since then and 9 times this year. Photos:   1, 2. submitted on July 23, 2010, by Michael Herrick of Southbury, Connecticut.
Share this page.