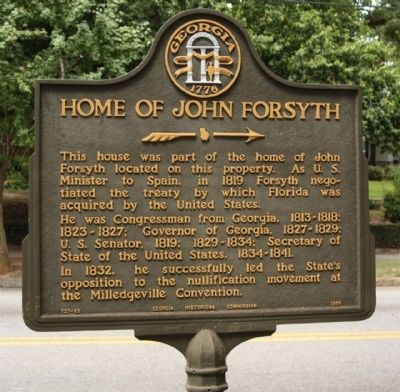 Photographed By Mike Stroud, 2010
1. Home of John Forsyth Marker
Inscription.
Home of John Forsyth. ››—→. , This house was part of the home of John Forsyth located on this property. As U.S. Minister to Spain, in 1819 Forsyth negotiated the treaty by which Florida was acquired by the United States. He was Congressman from Georgia, 1813- 1818; 1823- 1827; Governor of Georgia, 1827- 1829; U.S. Senator, 1819; 1829- 1834; Secretary of State of the United States, 1834- 1841. In 1832, he successfully led the State`s opposition to the nullification movement at the Milledgeville Convention. . This historical marker was erected in 1956 by Georgia Historical Commission. It is in Augusta in Richmond County Georgia

Topics and series. This historical marker is listed in this topic list: Government & Politics. In addition, it is included in the Georgia Historical Society series list. A significant historical year for this entry is 1819.

Other nearby markers. At least 8 other markers are within walking distance of this marker. The Home of Charles Jones Jenkins, Jr., LL. D. (approx. 0.2 miles away); 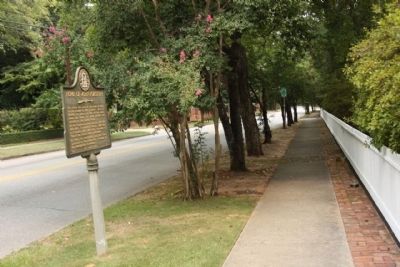 Regarding Home of John Forsyth. His father Robert Forsyth was the first U.S. Marshal to be killed in the line of duty in 1794.

Related marker. Click here for another marker that is related to this marker. More John Forsyth 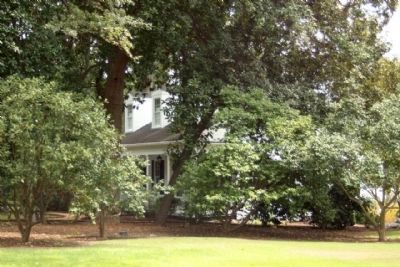 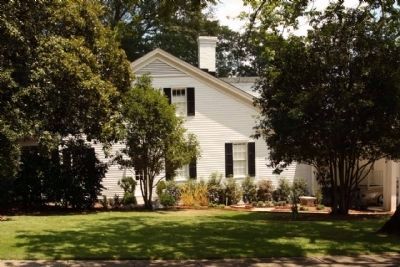 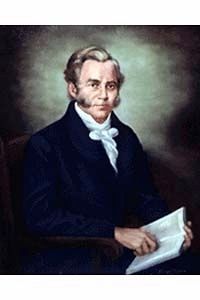