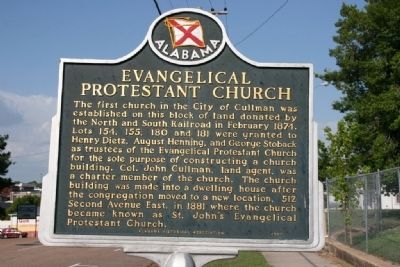 The first church in the City of Cullman was established on this block of land donated by the North and South Railroad in February 1874. Lots 154, 155, and 181 were granted to Henry Dietz, August Henning, and George Stoback as trustees of the Evangelical Protestant Church for the sole purpose of constructing a church building. Col. John Cullman, land agent, was a charter member of the church. The church building was made into a dwelling house after the congregation moved to a new location, 512 Second Avenue East, in 1881 where the church became known as St. John’s Evangelical Protestant Church.

Topics. This historical marker is listed in these topic lists: Churches & Religion • Railroads & Streetcars • Settlements & Settlers. A significant historical month for this entry is February 1874.

Other nearby markers. At least 8 other markers are within walking distance of this marker. Weiss Cottage (approx. 0.3 miles away); Sand Mountain Plateau 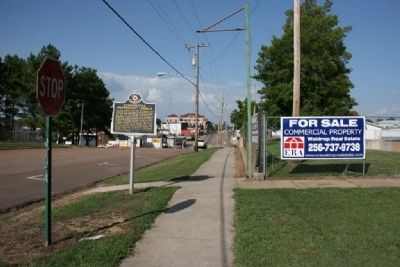 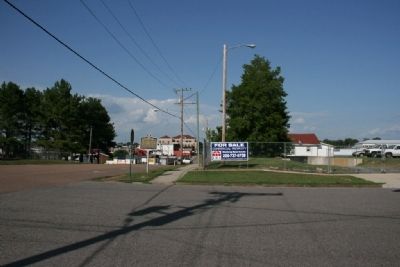 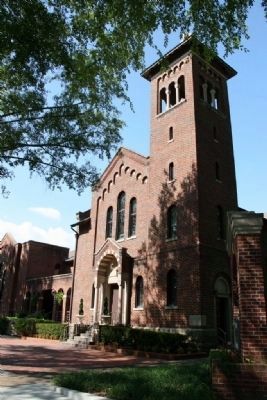