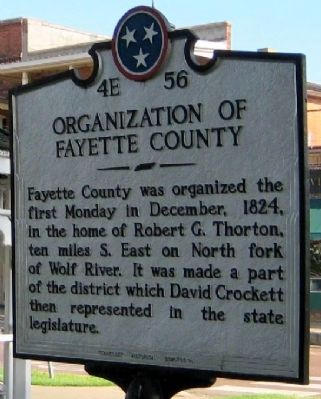 Fayette County was organized the first Monday in December, 1824, in the home of Robert G. Thornton, ten miles S. East on North fork of Wolf River. It was made a part of the district which David Crockett then represented in the state legislature.

Topics and series. This historical marker is listed in this topic list: Government & Politics. In addition, it is included in the Tennessee Historical Commission series list. A significant historical month for this entry is December 1824.

Other nearby markers. At least 8 other markers are within 13 miles of this marker, measured as the crow flies. Tent City (approx. 1.6 miles away); Oakland Presbyterian Church (approx. 9.4 miles away); Hardeman County/Fayette County (approx. 10.3 miles away); James K. Polk / James C. Jones 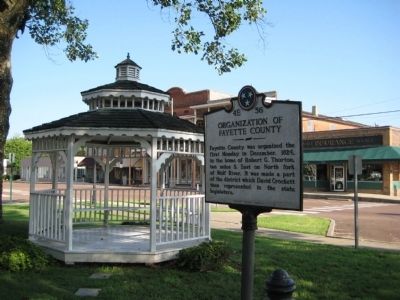