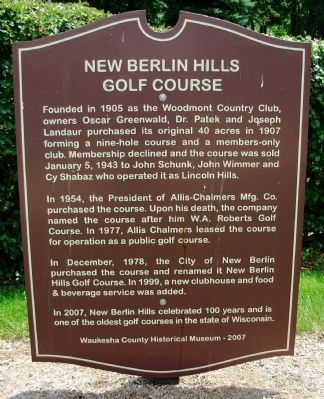 Founded on 1905 as the Woodmont Country Club, owners Oscar Greenwald, Dr. Patek, and Joseph Landaur purchased its original 40 acres in 1907 forming a nine-hole course and a members-only club. Membership declined and the course was sold January 5, 1943 to John Schunk, John Wimmer and Cy Shabaz.

In 1954, the President of Allis-Chalmers Mfg. Co. purchased the course. Upon his death, the company named the course after him W.A. Roberts Golf Course. In 1977, Allis Chalmers leased the course for operation as a public golf course.

In December, 1978, the City of New Berlin purchased the course and renamed it New Berlin Hills Golf Course. In 1999, a new clubhouse and food & beverage service was added.

In 2007, New Berlin Hills celebrated 100 years and is one of the oldest golf courses in the state of Wisconsin. 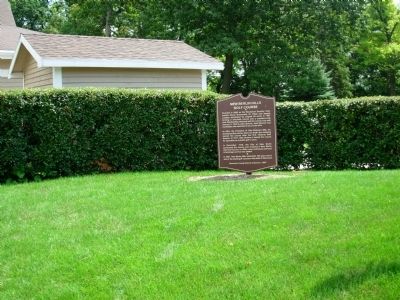 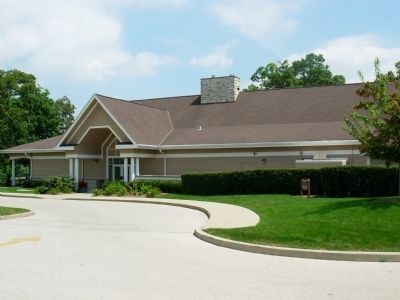