Topics and series. This historical marker is listed in these topic lists: Patriots & Patriotism • War, US Revolutionary. In addition, it is included in the North Carolina Division of Archives and History series list. A significant historical year for this entry is 1780.

Other nearby markers. At least 8 other markers are within 7 miles of this marker, measured as the crow flies. Kings Mountain Battleground (here, next to this marker); William Andrew Mauney House (about 300 feet away, measured in a direct line); Patriots Park (approx. 0.2 miles away); Lincoln Academy 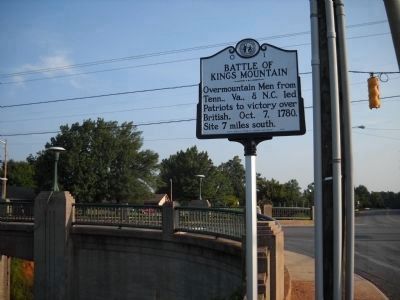 Photographed By Bill Coughlin, August 5, 2010
2. Marker in Kings Mountain, NC
On October 7, 1780 American militia and over-mountain men defeated Loyalists and British troops under Maj. Patrick Ferguson. All of Ferguson's men were either killed or captured in the battle which lasted about an hour.

Also see . . .
1. The Battle of King’s Mountain. Account of the battle from the American Revolution War website. (Submitted on August 5, 2010, by Bill Coughlin of Woodland Park, New Jersey.)

2. The Battle of King’s Mountain. (Submitted on August 5, 2010, by Bill Coughlin of Woodland Park, New Jersey.) 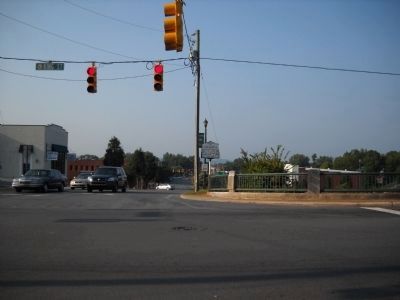