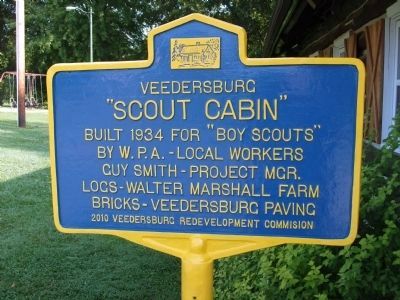 Topics and series. This historical marker is listed in these topic lists: Charity & Public Work • Fraternal or Sororal Organizations. In addition, it is included in the Works Progress Administration (WPA) projects series list. A significant historical year for this entry is 1934.

Location. 40° 6.936′ N, 87° 16.08′ W. Marker is in Veedersburg, Indiana, in Fountain County. Marker is on West 5th Street west of North College Street, on the right when traveling west. The marker and "Scout Cabin" are located in the southern section of the Veedersburg "Hub Park". Touch for map. Marker is in this post office area: Veedersburg IN 47987, United States of America. Touch for directions. 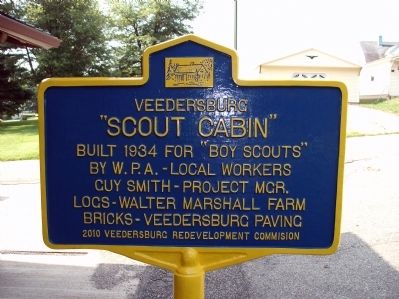 Regarding Veedersburg " Scout Cabin ". In the mid-1930's the W.P.A. workers built the "Scout Cabin". The local project manager was Guy Smith of Veedersburg.
It is a full log constructed building with one Black Walnut log on the bottom and the rest Sycamore. An original full hearth rustic fire place is still used.
The cabin was built for the community with the stipulation the Boy Scouts were to always have priority in using it for their activities—as their leaders so desired. The cabin is also used by the general public. 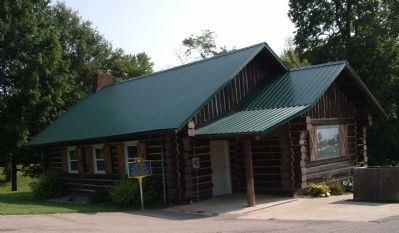 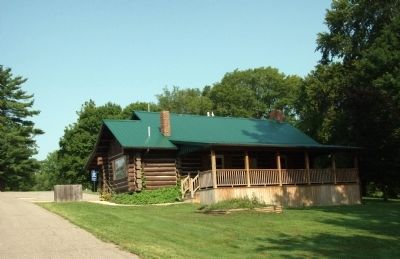 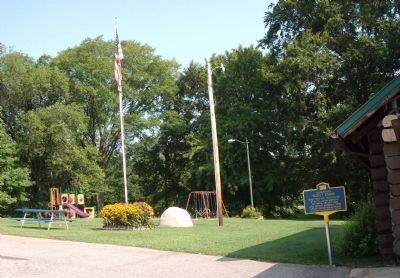 Photographed By Al Wolf, August 6, 2010
5. West of the Veedersburg " Scout Cabin " and the Marker 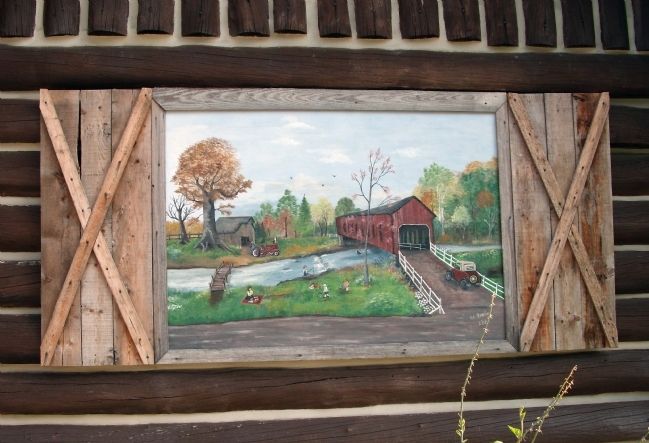 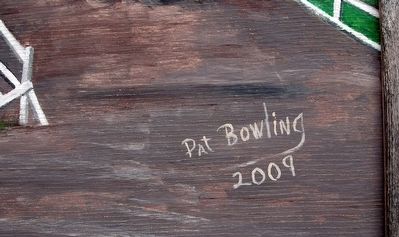 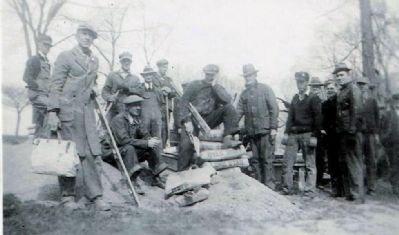 Photographed By 1934 Photo
8. Building the Scout Cabin
Crew of local men working on the foundation pause to pose for the photograper. Bricks for the foundation and floor supplied by the Veedersburg Paving Co. (Click on the photo to see full size.) 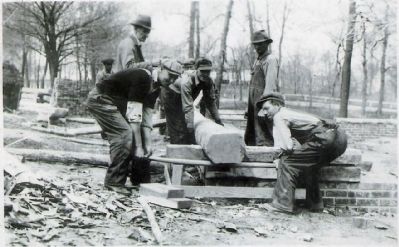 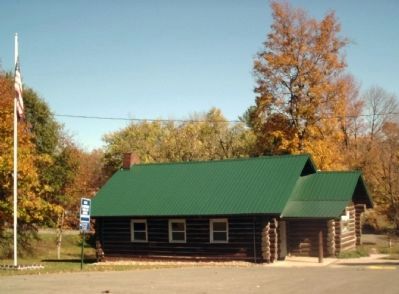