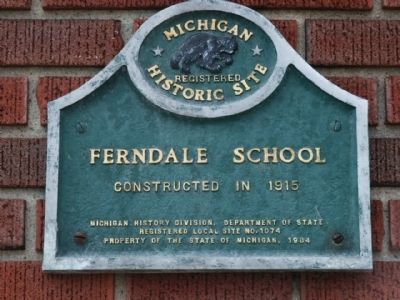 By Joel S., August 7, 2010
1. Ferndale School Marker
Inscription.
Ferndale School. . Constructed in 1915 . This historical marker was erected in 1984 by Michigan History Division, Department of State. It is in Ferndale in Oakland County Michigan

Topics. This historical marker is listed in this topic list: Education. A significant historical year for this entry is 1915. 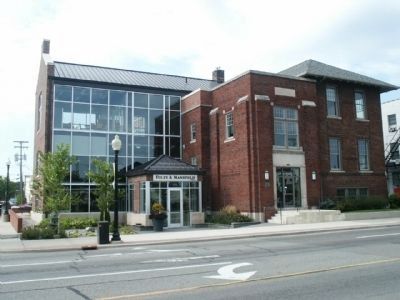 By Joel S., August 7, 2010
2. Ferndale School Marker
Marker is next to the right entrance.